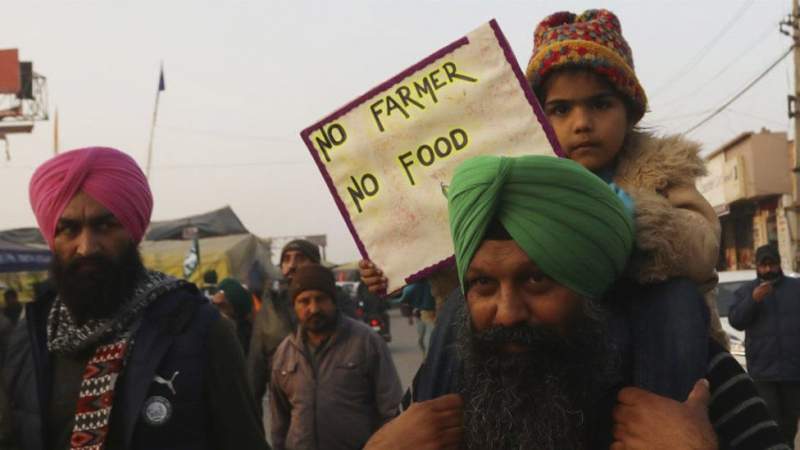 NEW DELHI, 26 February, 2021 (TON): On Friday, Yuva Kisan Divas (Young Farmer Day) was organized by the Samyukta Kisan Morcha at the Ghazipur border in an attempt to keep the farmers’ movement going.

As the farmers’ agitation is reaching more than 90 days, newer strategies are being adopted, one such strategy by the Samyukta Kisan Morcha was organizing the Yuva Kisan Divas (Young Farmer Day).

It was held as recognition of the youth’s contribution to the farmers’ movement. The youth appeared quite enthusiastic even on their 93rd day on the border.

As well as this, the strategy was discussed to make the most of the Mahapanchayats being organized in the next few weeks. Youngsters addressed the gathering from the stage and expressed their opposition against the three farm laws.

Addressing the gathering, Bihar’s Kabir Rajput said, “The government has modified the Essential Commodities Act according to its own convenience. By bringing in these farm laws, the government has worked only in the interests of capitalists and in the direction of oppressing the section of society comprising farmers and workers.”

Speaking on the farmer laws Gaurav Tikait, the young farmer leader from Bharatiya Kisan Union, said, “By spreading myths, the government is trying to prove that the farm laws that it has brought in are correct.”

Several youngsters from Bareilly expressed their solidarity with the movement.

Thousands of farmers from across the country have been camping at the national Capital’s borders against the three farm laws, since November 26 last year. Eleven rounds of talks between farmers and the government so far have not made any headway.