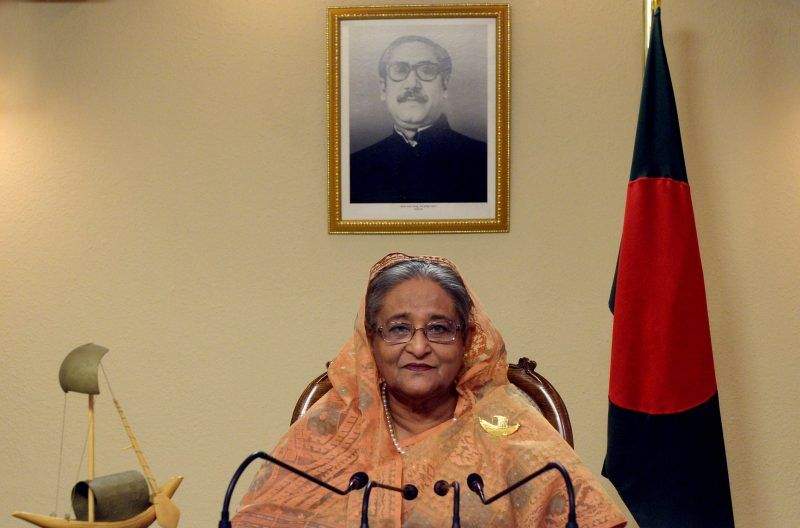 DHAKA, 20 February, 2021 (TON): “The struggle to establish the primacy of Bengali as the mother language started by the Father of the Nation paved the way for Bangladesh's independence,” PM Hasina stated while virtually addressing the presentation ceremony of the Ekushey Padak-2021 on Saturday.

Ms. Hasina also urged the people to take pride in their heritage and history as Bangalees saying, “We are Bangalees. Bangladesh is our country. Bangladesh will hold its head high in the world and move forward with dignity. We will stand on our own feet with self-esteem.”

Digging the history of the Language Movement of 1952, Hasina said, “An education conference was held in Karachi in 1947 when Pakistani leaders tried to impose another language upon us. It was decided there that Urdu would be Pakistan’s state language.

“But Urdu was not our mother language, and 56 percent of the population of the country which was named Pakistan was Bangalees. Our language is Bengali.”

She added, “The students of Dhaka University took to the streets the moment the announcement reached East Bengal.”

“After that, Bangabandhu Sheikh Mujibur Rahman brought together an organization named Chhatra League on 4 January, 1948. And the language movement began upon his proposal.”

Sowing seeds of subsequent movements for the country’s independence, Salam, Rafique, Shafique, Jabbar and Barkat embraced martyrdom in police firing as they took to the streets to intensify the campaign to establish Bangla as the state language of the then East Pakistan.