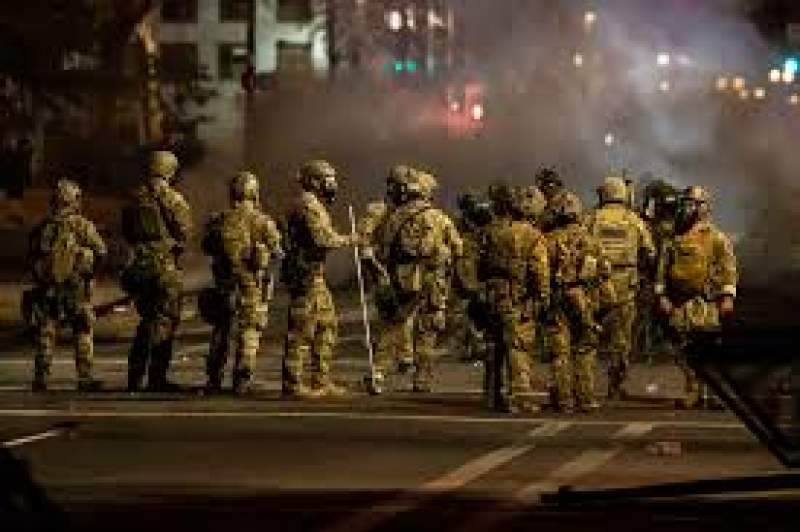 WASHINGTON, 13 January 2021, (TON): The US’ Army Joint Chiefs of Staff has warned any act that disrupts the constitutional process is against the law.

A rare message by the US military’s Joint Chiefs of Staff was read out to under command military branches and formations and other service members saying the violent riots last week were an assault on America’s constitutional process and against the law and as President-elect Joe Biden would be inaugurated on 20 January and become their commander in chief of US forces, members of the armed forces were bound to defend the constitution.

The message read, “Any act to disrupt the constitutional process is not only against our traditions, values and oath; it is against the law.” It added, “We don’t tolerate extremists.”

The Pentagon has issued deployment of 15,000 National Guard troops and some additional troops to protect Biden’s inauguration on 20 January. Meanwhile on the basis of FBI’s report Armed Forces service members and with those employed with the Secret Service are being screed to detected any loyalty with President trump ensure Joe Biden’s inauguration take place without any untoward incident.

The House of Representative voted to call on Vice President Mike Pence to strip President Donald Trump of power. The democratic institution in the United States has been badly damaged. After the 6th January announcement by the House Judiciary committee, “The facts establish that he is unfit to remain in office a single day longer, and warrant the immediate impeachment of President Trump." The report was issued without any inquiry or investigation. Post elections, the American judiciary put a deaf ear to a lot of efforts by President Trump and his supporters claim that election 2020 was fraud and recounting of all the Votes across USA was necessary for free and fair elections. Meanwhile, Vice President Mike Pence has send a letter to Speaker Pelosi saying he does “not believe that such a course of action is in the best interest of our Nation” re invoking 25th Amendment.

The problem cannot be solved like this as there need to be an accountability and transparency in the counting of the US votes to unveil the “Fraud Elections”. There is a need to carryout probe how five innocent were killed and who was behind raising flag of India at Capitol Hill and how many Indian were there. Scene of official activities also need not to ignore.