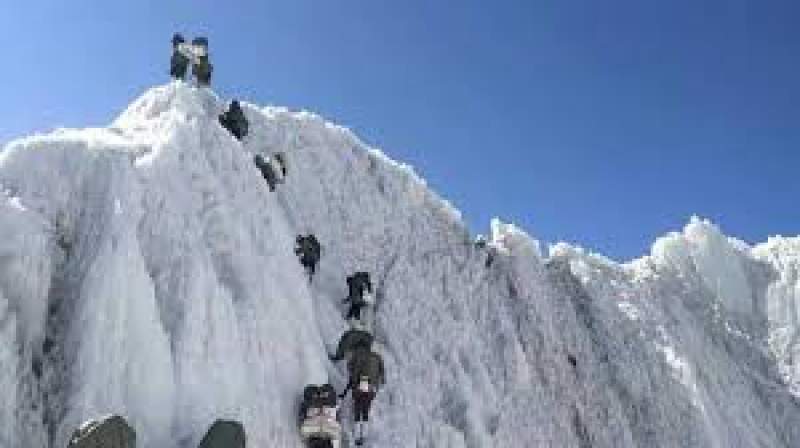 JAMMU AND KASHMIR , 3 January 2021, (TON): Indian Chief of Defence Staff (CDS) General Bipin Rawat along with Indian Army Chief paid Saturday a visit to prime strategic Air Bases in the Western Air Command and 14 Corps Headquarters. All Corps and Divisional Commanders of the respective commands were also present there. CDS was briefed about the existing security situation at Line of Control (LoC), Line of Actual Control (LAC) and border with Bangladesh.  He was also briefed about the new Indian Air Force Base near Leh, where foreign personnel are also based; emphasizing that India has strategic edge over Pakistan in terms of fighter squadrons. On the occasion General Rawat took stock of Regular Army, Special Frontier Force (SFF) and Indo-Tibetan Border Police (ITBP) deployed in the forward posts.

General Rawat was briefed about operational readiness of Indian Airforce Forces elements at  Srinagar, Bhatinda, Halwara, Leh Thoise, Nyoma , Nimu, Chabua, Tezpur, Hashimara and Ambala as well as Army Aviation and Air Defence setups. There are reports that briefing included general layout of site selection for deployment of launcher of Agni – II and Agni – III missiles. During the briefing General Rawat said “Our Electronic Warfare Electronic Intelligence (ELINT) and Communications Intelligence (COMINT) setups in freezing winter are there to deter eye on Pakistan, Bangladesh and China to deter Pakistan-trained terrorists which are threat to India,” He said, “India and Pakistan go to war over Kashmir or a there has to be a continuous pro-active approach for the adversary to realize the costs of supporting a proxy war,” He added, “Nothing can deter the Indian Armed Forces from remaining steadfast in their call to duty.”

Meanwhile, an officer from 3341 Missile Group operating Agni missiles informed pointing on map, on the condition of anonymity, “India’s missile forces are located closer to Pakistan than China at Kamptee and Pune in Western India, Secunderabad in Central India, and Rajasthan in North-Western India,” He also said, “We have already issued launchers and stocks since early July last year to respective formations but these are not for imposing war.”

General Rawat would visit several other key bases on Sunday to gain first-hand experience of the security scenario, from where both China and Pakistan can be targeted. He was informed that most of locations are currently in the grip of a severe cold due to heavy snow with temperatures dropping below zero hence the weather conditions may hinder prolong operations. It has been reported the visit is to boost the morale of personnel deployed who are normally withdrawn during winters.