The political Horizon of Myanmar 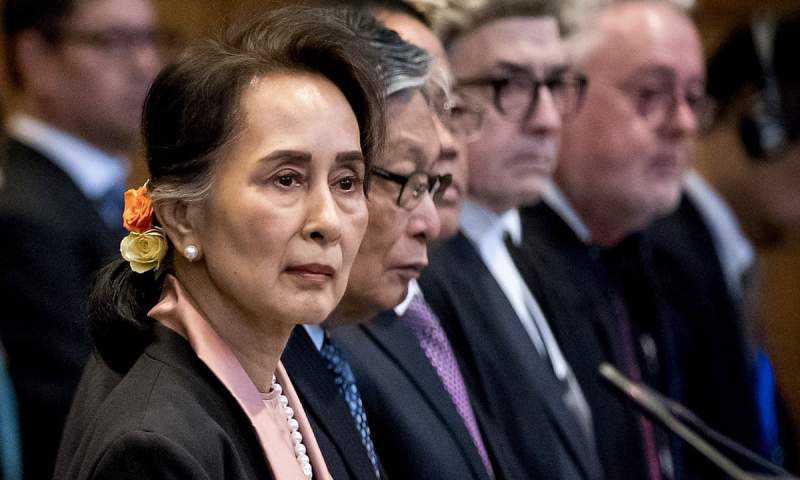 On 1st February 2021, Myanmar, witnessed another debatable military coup, against the newly democratically elected members of the ruling party country, the government of National League for Democracy (NLD), led by Aung San Suu Kyi by the Tatmadaw – Myanmar’s military. She became world-famous in the 1990s for agitation to restore democracy. She spent nearly 15 years in detention between 1989 and 2010, after organizing rallies calling for democratic reform and free elections. She was given the Nobel Peace Prize in 1991 while under house arrest. In 2015, she led the NLD to victory in Myanmar’s first open and transparent election 25 year ago.

Tatmadaw’s declaration of state of emergency and transfer of power to Commander-in-Chief of Defense Services Min Aung Hlaing. The emergency announcement declared that the results of the November 2020 general election was rigged and new election will be held at the end of year-long the state of emergency. The military takeover occurred day before the Parliament of Myanmar was due to take oath. This was followed by detention of President Win Myint and State Counselor Aung San Suu Kyi along with ministers and members of Parliament. The reasons for the arrest included Win Myint breaking campaign procedures and COVID-19 pandemic constraints under section 25 of the Natural Disaster Management Law. Aung San Suu Kyi was charged with breaching emergency COVID-19 laws and for unlawfully importing and using radio and communication devices, specifically six ICOM devices from her security team and a walkie-talkie, which are barred in Myanmar and should get clearance from military-related agencies before acquisition. Suu Kyi received an additional criminal charge for violating the National Disaster Act. She was also blamed for violating communications laws and an intent to incite public unrest on 1 March and official secrets act on 1 April.

The Western media has alledged that on 12 April 2021, gross roots human rights violation occurred by Myanmar military and at least 707 civilians, including children, have been murdered by military or police forces and at least 3,070 people detained. However, same could not be verified by independent sources. It was also alleged that three prominent NLD members also died while in police custody in March 2021. After this the army claimed that the vote was deceitful. The Western countries including United Kingdom, France, theUnited States, and Australia denounced the military takeover.

If we peep into the past, Myanmar with overwhelming Buddhist population and its neighbours Thailand, Laos, Bangladesh, China and India gained independence from Britain in 1948. It was ruled by the armed forces from 1962 until 2011, when a new government began ushering in a return to civilian rule. If we recall, in 1990,free elections were allowed by the then military. Ultimately, the elections resulted in a landslide victory for Aung San Suu Kyi’s party, the National League for Democracy. However, the military refused to abandon power and placed her under house arrest. The military remained in power for 22 years till 2011, following the military’s road-map towards democracy, during which 2008 Constitution of Myanmar was drafted. Between 2011 and 2015, democratic transition began, and elections held in 2015. The result was the victory of Aung San Suu Kyi’s party, the National League for Democracy (NLD) with substantial power, including the right to appoint one forth members of parliament.

Previously, Ms Suu Kyi’s international reputation suffered heavily in the West as a result of Myanmar’s treatment to the Rohingya minority. Myanmar considers them illegal immigrants and denies them citizenship. Over decades, many have fled from the country to escape massacre. Thousands of Rohingya were killed and more than 700,000 fled to Bangladesh following an army crackdown in 2017. During that Ms Suu Kyi appeared before the International Court of Justice (ICJ) in 2019, where she denied charges of international community that the military had committed any kind of genocide.

Myanmar military leadership distributed a draft for the controversial Cyber Security Law to internet service providers, asking them to provide comments by 15 February 2021. The law was extensively criticized by IT communities as it violates human rights by putting citizens under digital surveillance and stopping them from freedom of speech. As protests continued thousands of protesters in different cities across Myanmar had been calling for the release of Aung San Suu Kyi. Keeping in view the existing political horizon of Myanmar, the Western nations along with the United-Nations tried to impose economic sanctions including arm embargoes to force the military government to come to the table with deposed elected government of Myanmar led by Aung San Suu Kyi in a bid to restore democracy. However, there are countries which are critical to Western pressures and desire that Myanmar should settle their internal issue locally through mutual consensus.

When the court in Naypyitaw will hear two cases against ousted State Counsellor Aung San Suu Kyi and deposed President Win Myint and Myo Aung, chair of the Naypyitaw Council on 21 June, the United Nations General Assembly adopted a resolution that calls for blocking the flow of arms into Myanmar, “The people of Myanmar deserve the full and unreserved support of the General Assembly,” the representative of Lichtenstein said in introducing the resolution. There were countries which abstained including Thailand, China, Russia, India, Pakistan, Nepal, Sri Lanka, Bhutan, Bangladesh but the United Nations Secretary-General Antonio Guterres said in a statement “We cannot live in a world where military coups become a norm,” the European Union wants “swift return to democracy in Myanmar.” One wonders why outside pressure which there is requirement to uphold the constitution and rule of law.