What is Cooking up in Indian Occupied Kashmir – Latest Conspiracy 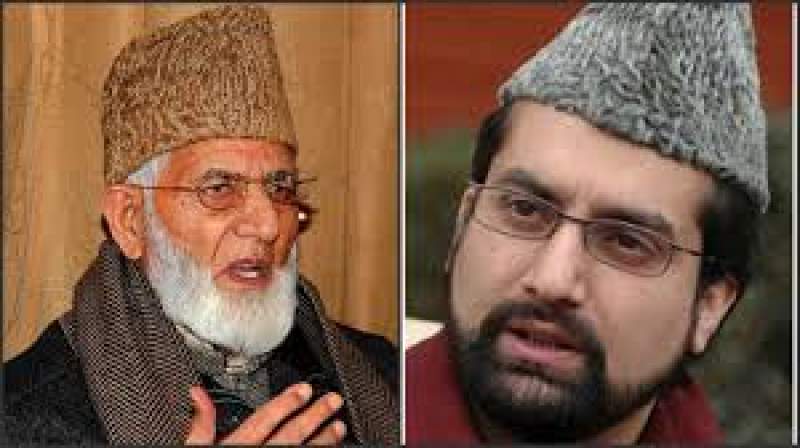 India has decided to allow statehood to the Kashmiris. This entitles them to avail the facilities which an ordinary Indian citizen enjoys. The scheme, duly approved by the Indian Cabinet, is to be followed by a symbolic nod by the Kashmiri puppet leaders who are prisoner of conscience, destined to assemble for talks at All party-meeting on Jammu and Kashmir at New Delhi on 24 June 2021. Few Kashmiri puppet leaders dared to abstain but they were compelled to attend the meeting after sharing probabilities that they may encounter including they or their family members getting killed by unidentified Mujhideen outfit or cross firing during an encounter. Publicly they agreed to attend the meeting but at least five are convinced not to attend. Sources while sharing agenda points disclosed that five main points include question of Articles 370 and 35 A, separation of Ladakh from rest of Jammu and Kashmir, granting Statehood and fith point comprises of series of compromises.

Among those invited in the meeting are four former CMs Farooq Abdullah and his son Omar Abdullah of the National Conference, senior Congress leader Ghulam Nabi Azad, and PDP chief Mehbooba Mufti. Four former Deputy CMs from the state, Congress leader Tara Chand, People's Conference leader Muzaffar Hussain Baig, BJP leaders Nirmal Singh and Kavinder Gupta have also been invited to the meet. Besides, CPI(M) leader Mohammed Yusuf Tarigami, Jammu and Kashmir Apni Party (JKAP) chief Altaf Bukhari, Sajjad Lone of the People's Conference, J-K Congress head G A Mir, BJP's Ravidner Raina, and Panthers Party leader Bhim Singh have also been invited. Without wasting any time, blackmailed Kashmir-pro India puppet Muzaffar Hussain Baig claims in a statement, “I don’t see reunification happening. I was Ladakh Affairs Minister in the past. I don't think people of Ladakh would like to be under the old arrangement, having strong feelings for other arrangements.”

All this happened as Indian PM Narendera Modi was getting feedback and input from various intelligence agencies that Indian political parties including Congress have decided to revert Articles 370 and 35 A to pre-5August 2019 status. Accordingly, it was decided to convene a conference on 24 June 2021, in which previously trusted puppet Kashmiri leaders have asked to assemble at the Indian capital to decide the faith of Jammu and Kashmir by signing “Yes” but telling media a lot of “Ifs and Buts”. Although, despite their proven loyalty with the Indian Union, there is a difference of opinion among the invited Kashmiri leadership. Some of the leaders including Bhim Singh, Tara Chand and others have tried to disobey the Indian cohesive forces. Resultantly, blackmailing and harassment tactics have been adopted against them. Tara Chand and Bhim Singh faced threatening calls from Indian agencies to keep their mouth shut. In the recent development, in a vindictive action against Tara Chand Indian government has suspended Kewal Krishan Sharma with immediate effect and opened cases of corruption and misuse of power against him as he was the former PRO to Tara Chand when he was Deputy Chief Minister.

Bhim Singh, who is well-wisher of Pakistan and even at the time of execution of Pakistani Prime Minister, he tried to plead the case but he was not allowed. Earlier, in a statement he said, “I was not allowed to visit Pakistan to plead Bhutto's case. But I condemned it in the J&K Assembly. I was an MLA at that time." As a spokesperson of Kashmir Pandits, many times he raised voice to stop injustices by New Delhi but he was not listened. Interestingly, despite Supreme Court direction to Indian government asking the government to provide ration and relief on the pattern the Kashmiri Hindu Pandits migrants but Indian authorities continue to deprive of their rights. Bhim Singh has a genuine point that even remaining as State Subjects Kashmiris are entitled to purchas land anywhere in India, “The law related to ‘State Subjects’ was enacted by Maharaja Hari Singh in 1927, when Permanent Residents of the State were given special status concerning land ownership. The law for Permanent Residents is unchangeable. The Constituent Assembly of India, in its declaration, had made it clear that the law will not be changed.” No doubt, the Jammu and Kashmir is disputed state as per the pending Resolutions of United Nations Security Council and United Nations General Assembly but if New Delhi is double playing with Kashmiris it should not forget that all the Kashmiris including living across the Line of Control (LoC) are entitled to purchase the land anywhere in India.

The Kashmiri leadership, forced to act as fifth columnist in hand and glove with Indian occupying forces double crossed Kashmiris. Congress leader Ghulam Nabi Azad said the restoration of full statehood for Jammu and Kashmir will be the top agenda of the party. Altaf Bukhari, who played in the hands of BJP, did not challenge the dilution of Article 370 nor expressed his concern regarding constitutional changes made on 5 August or the lockdown in Jammu and Kashmir. Kashmiri leader Mohammed Yusuf Tarigami was made to speak that there should be no nationhood on the basis of religion. He said, our collective resolve should be to work for that India that is live-able for all of us. When asked in private these leaders said. “what option is available to Kashmir-leadership other than accepting India as live-able place as the United Nations Organization has only silent observer status in the genocide and grave human rights violation of Kashmiris at the hands of Indian occupying forces. No one listen to us.”

One wonders why India is taking such actions in haste; is some serious threat evident? We should not forget that the fate of Article 370 and 35 A is pending before the Supreme Court of India. New Delhi cannot run aways by issuing a new Executive Order and divert the attention from the Ware Crime and Genocide of the Kashmiris that has taken place in the past and still continuing. The fact cannot be denied that the Office of the UN High Commissioner for Human Rights (OHCHR) published the Report on the Situation of Human Rights in Kashmir in the recent past, documenting grave violations committed by Indian security forces from June 2016 to April 2018. The report called for the repeal of the Armed Forces Special Powers Act (AFSPA) in all states and territories, and an international probe into the human rights situation in the Indian state. If we recall, a committee to review AFSPA chaired by Justice B.P. Jeevan Reddy in 2005 and another Administrative Reforms Commission headed by Veerappa Moily in 2007 submitted their reports to Indian Home ministry, suggesting that the AFSPA be repealed. Supreme Court of India has in its order ruled out the concept of absolute immunity for the Army and police. In addition, India is playing dangerous especially in Ladakh where settlements of two specific non-Kashmiri communities from within India and another South Asia country in Ladakh and Jammu has increased the threat of demographic change. The settlement of outsiders is undoubtedly to dilute the region’s religious identity but keeping aside everything there is a question about the legitimacy of stakeholders’ action in the dispute. Top Kashmiri leader who is sick and bed ridden due to Indian atrocities is right when he said, "India cannot be trusted and they want convert Kashmiris into third grade citizens."