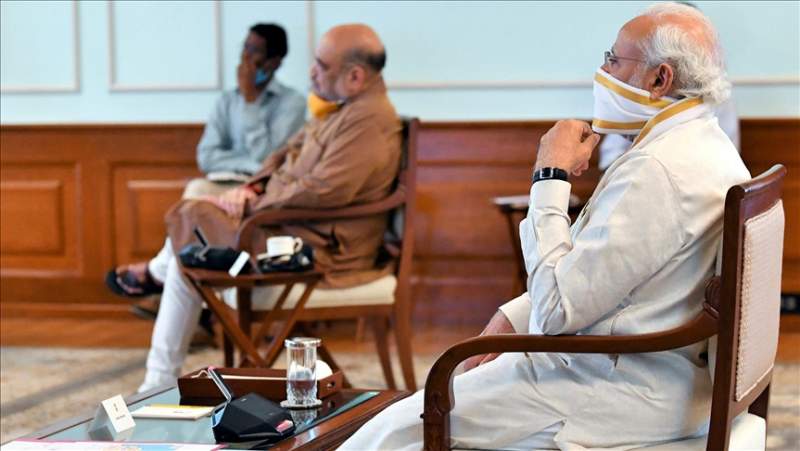 The Regional politics since August 2019 was not in favour of India. The Indian military leadership and its undercommand BJP government at New Delhi were quite concerned about the “last warning” by the Kashmiris leadership from behind the bars, in home detentions and otherwise who had been cooperating with Indian Union at New Delhi due to coercive tactics and dubbed as “Pro-India”. In the latest development after the 9 June 2021, call which was well communicated to Indian leadership, “India still have time to stop killings of innocent Kashmiris – A wake up call for UN”, Indian leadership decided to convene a conference inviting all the prominent Kashmiri leadership which were in communication with New Delhi on 24 June 2021. Every Kashmiri opinion, the Indian Prime Minister and his government "made every Kashmiri stateless, without an identity and snatching their flag and statehood".

Top Kashmiri leader, Syed Ali Geelani and the Hurriyat leadership had already rejected the the conference, saying that holding talks with "so-called politicians" and giving the impression that the situation in Indian Occupied Kashmir is returning to normalcy, is wrong. It was added, "The Indian government has always betrayed the people of Kashmir. So there is no other option less than right to self-determination.” New Delhi has been clearly cautioned that Jammu and Kashmir and Ladakh will never be accepted as separate union territories.

The Kashmiri leadership kept their lips tight before the media and decide to put their demands before the Indian occyping authorities and then convey the outcome to the media. It was code of the conference not to let media know what has been discussed and what decision New Delhi tood about the statehood. However, they made it clear that restoration of statehood is prerequisite to restore confidence. Peoples Democratic Party (PDP) leader Mehbooba Mufti asked PM Narendra Modi, “The Indian prime minister, before the meeting, to talk to Pakistan too on the Kashmir issue. There was no reason for India not to talk to Pakistan when countries can have a dialogue with others.” She added, “If Indians can go to Doha and talk to the Taliban leadership, why cannot they have a dialogue with with Pakistan in order to bring about a resolution.” She stressed on the point that demand to restore Jammu and Kashmir's statehood should be honoured before any other agreement.

During the conference, Prime Minister Narendra Modi spelled out welfare development projects which would be carried out through political leadership chosen through democratic process. It was realized that after Panchayat elections 12,000 Crore were provided to Panchayat for development activities. It was stressed that election is important stage which is to be undertaken and de-limitation was stressed upon.

Most of the Kashmiri leaders who participated in the meeting were partially satisfied but majority were disappointment over delay in restoration of Statehood. The good news is that New Delhi has given its commitment release political prisoners, ease communication to develop atmosphere for talks and restoration of statehood before or 5 August 2021, but bad news are few conditions associated to commencements of democratic process, which may be a trap to given an impression to international community, especially to the UN that everything is OK.