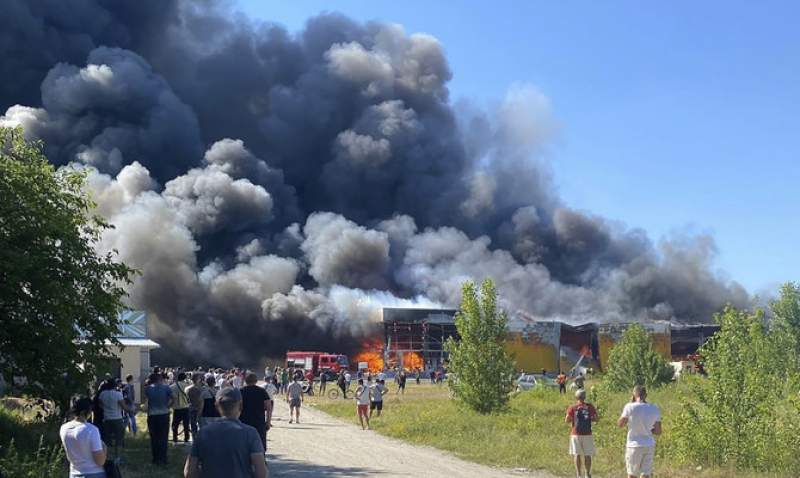 KYIV: Russian long-range bombers fired a missile that struck a crowded shopping mall in Ukraine’s central city of Kremenchuk, raising fears of what President Volodymyr Zelensky called an unimaginable number of victims in “one of the most daring terrorist attacks in European history.”

Zelenskky said more than 1,000 civilians were inside the mall, with many managing to escape. Images from the scene showed giant plumes of black smoke, dust and orange flames, with emergency crews rushing in to search broken metal and concrete for victims and put out fires.

The casualty figures were difficult to determine as rescuers searched the smoldering rubble. The regional governor, Dmytro Lunin, said “at least 13 people were dead and more than 40 wounded.”

At Ukraine’s request, the UN Security Council scheduled an emergency meeting in New York on Tuesday to discuss the attack.