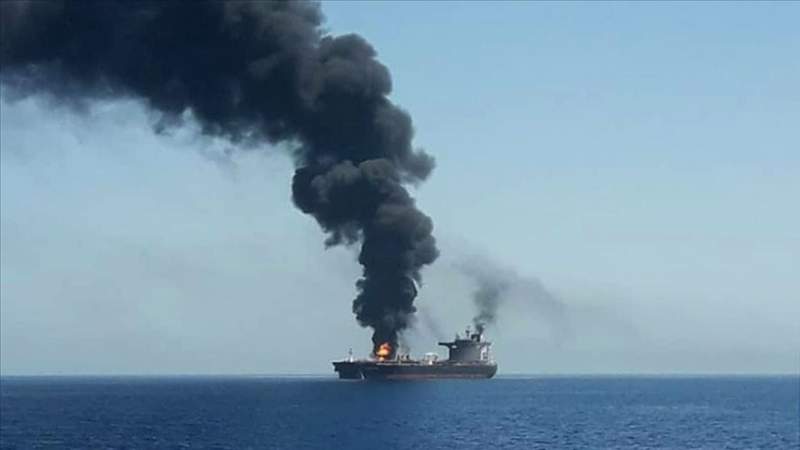 According to the state media Iran's highest-tonnage naval vessel caught fire on Wednesday morning near the Iranian port of Jask on the Gulf of Oman near the Strait of Hormuz, where it was on a training mission.

The vessel has been used in training missions for more than four decades, said the report. It did not give details on the cause of the blaze.

The Gulf of Oman connects to the Strait of Hormuz where about a fifth of the world's oil passes.

The Kharg serves as one of a few vessels in the Iranian navy capable of providing replenishment at sea for its other ships. It also can lift heavy cargo and serve as a launch point for helicopters. The ship, built in Britain and launched in 1977, entered the Iranian navy in 1984 after lengthy negotiations that followed Iran’s 1979 Islamic Revolution.