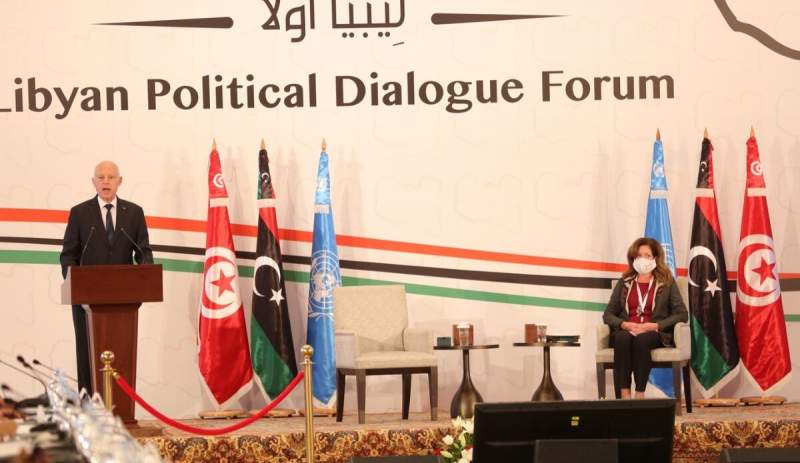 TRIPOLI, 5 January, 2021, (TON): A UN representative on Monday held a virtual meeting with the newly established Advisory Committee of the Libyan Political Dialogue Forum (LPDF) to discuss the latter's tasks and other agendas, the UN Support Mission in Libyan (UNSMIL) said in a statement.

Stephanie Williams, acting special representative of the UN Secretary-General in Libya, talked with the committee's officials over its mandate, tasks, expected outcomes, and the timeframe for its work, said the UN mission.

"In her opening remarks, Williams reiterated that the committee will play an advisory role and will work for a period of two weeks to produce concrete recommendations to address differences that have emerged over the selection mechanism and the nomination procedures of the executive authority, and to build consensus among the LPDF members," UNSMIL said.

Williams urged the participants to seize this opportunity to expedite the establishment of a unified executive authority, and to work together in order to fulfill the aspirations of the Libyan people.

UNSMIL requested the members of the Advisory Committee to submit written proposals to be discussed in the next meeting scheduled to be held virtually on Wednesday.

The United Nations Support Mission in Libya (UNSMIL) has announced on Saturday the formation of an 18-member Advisory Committee for the Libyan Political Dialogue Forum (LPDF) tasked with discussing the outstanding issues related to the selection of a unified executive and to put forward concrete and practical recommendations upon which the plenary shall decide.

The proposals presented a range of options to facilitate the implementation of the Roadmap agreed upon by the LPDF in November 2020.

"UNSMIL's Electoral Team provided a briefing highlighting the necessary sequencing and time-bound milestones related to constitutional arrangements for holding the national elections on the agreed-upon date of 24 December 2021. The LC agreed to resume its discussions at the end of this week," it added.

The Legal Committee is tasked with following up on the work of the House of Representatives and the High Council of State in relation to constitutional arrangements, and to provide the two institutions with recommendations in an effort to reach an agreement on a constitutional basis leading to holding the national elections on Dec. 24, 2021.

During the convocation of the dialogue forum held on November 7-15, 2020 in Tunisia's capital Tunis, 75 Libyans representing the social and political spectrum of the Libyan society discussed a political roadmap to achieve lasting peace in the war-torn Libya.

The participants agreed to hold general elections in Libya on December 24, 2021. They also voted on a mechanism to select a unified executive authority of the country.