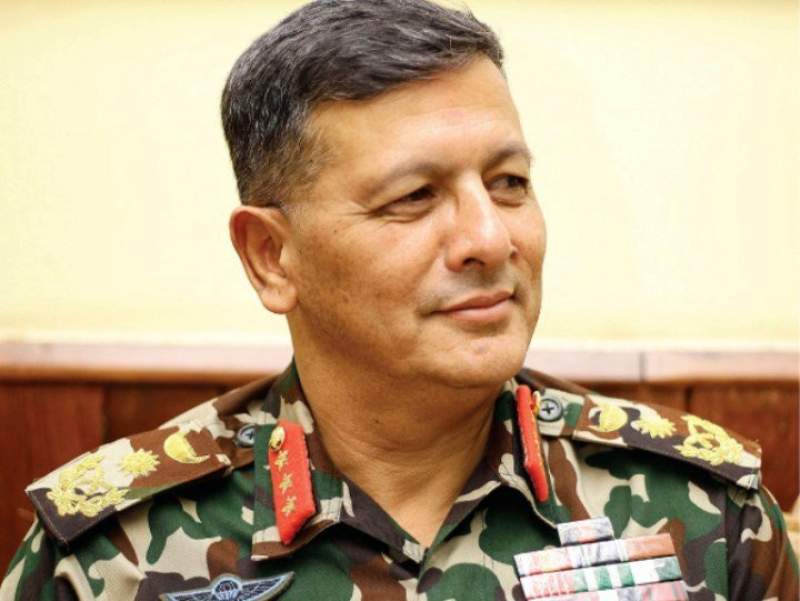 KATHMANDU, 22 February, 2021 (TON): As the Chief of Army Staff (CoAS) was quoted saying that the country has found its most fearless prime minister to date, referring to Prime Minister KP Sharma Oli, the army of Nepal has clarified the misperceptions regarding the unproven comment circulating in social media.

"The country has found its most fearless prime minister in history so far, we take pride in this," has been shown as a direct statement made by CoAS Purna Chandra Thapa in the social media posts.

The information is not backed by any evidence, a fact-checking blog, Nepal Fact Check stated.

"We could not find any audio or video proof that would back this statement. Likewise, no news including such a statement by the army head can be traced in any media," states the fact-checking portal, adding, "Moreover, those who have posted this declaration have not specified when and where the CoAS said this."

"Therefore, we categorize this claim as unproven information."

Endorsing this, Nepal Army Spokesperson, Brigadier General Santosh Ballav Poudel, shared the full text of the speech given by CoAS Thapa at the opening of the "Inter-agency coordination in border security and management" seminar.

The CoAS had not made any such remark related to the prime minister, as proves the text of this speech. It may further be noted that the Prime Minister himself was attending this program, on 7 February, a day before the posts started becoming viral on social media.

While in another program, which took place later the same day, both CoAS and Prime Minister were present. However, CoAS Thapa was not scheduled to speak at all in this particular program.

The posts shared and re-shared by social media users have gathered multiple reactions but do not have a foundation from where they emerged. Meanwhile, this is not the first time that Oli supporters have resorted to disinformation to push their agenda.