J-K parties get into huddle after being invited to PM’s meet; Cong raises pitch for statehood restoration 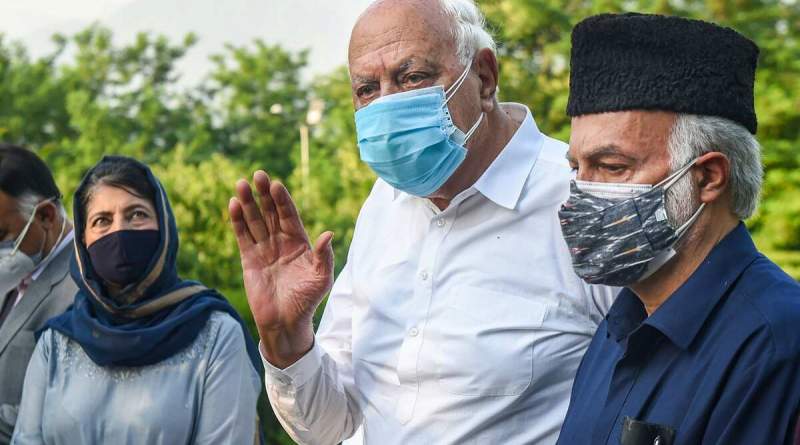 NEW DELHI, 21 June 2021, (TON): Hectic political consultations were on in Jammu and Kashmir within mainstream regional parties including the National Conference (NC) and the PDP over an all-party meeting to be chaired by Prime Minister Narendra Modi on June 24, while the Congress raised the pitch for immediate restoration of statehood to J-K.

The deliberations came ahead of a joint meeting of People’s Alliance for Gupkar Declaration (PAGD), an amalgam of six political parties including the NC, PDP, CPM, Awami National Conference, CPI and JK People’s Movement, to be held on Tuesday to discuss their stand on the Centre’s invite.

As the day began, a two-hour-long political affairs committee meeting of Mehbooba Mufti’s PDP was held.

Bukhari said a meeting of the PAGD will take place on Tuesday where the member parties will discuss the issue and then a final decision will be taken on whether to participate or not in the meeting called by the prime minister.

He said “After two days, the PAGD is meeting, this issue will be discussed. The members of the alliance will give their suggestions and a decision on the way forward will be taken there and afterwards, a decision will be taken over the participation of the meeting."