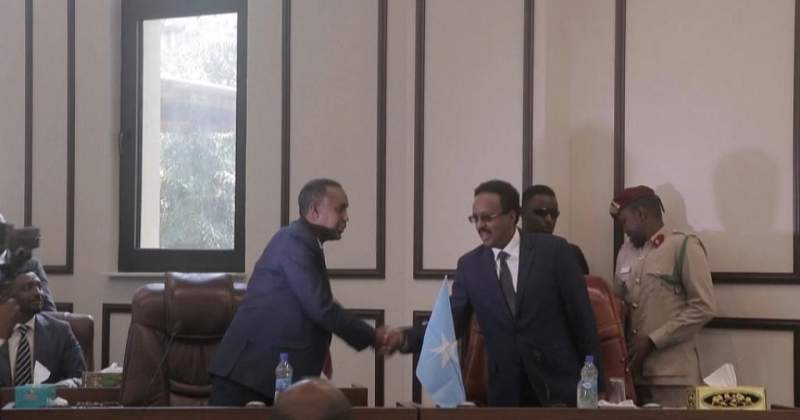 MOGADISHU, 18 September 2021, (TON): Somali President Mohamed Abdullahi Mohamed announced he had withdrawn the powers of Prime Minister Mohamed Hussein Roble, the latest development in a bitter row that has plunged the country into fresh crisis.

The office of the president, popularly known as Farmajo, said in a statement "the prime minister has violated the transitional constitution so his executive powers are withdrawn... especially his powers to remove and to appoint officials, until the election is completed.”

The head of state justified his decision by saying that the Prime Minister had taken "imprudent decisions that could pave the way for political and security instability," and that he had not carried out "any consultation and collaboration with the president.

The two men, who have had a tense relationship for several months, have clashed twice in the past ten days over dismissals and appointments to key security positions.

On September 5, Mohamed Roble dismissed the head of the Intelligence and Security Services Agency (Nisa), Fahad Yasin, a close associate of Farmajo, for his handling of the investigation into the unexplained disappearance of one of his female officers, Ikran Tahlil.

The president overturned the "illegal and unconstitutional" decision and appointed a replacement of his choice after promoting Fahad Yasin to national security adviser.