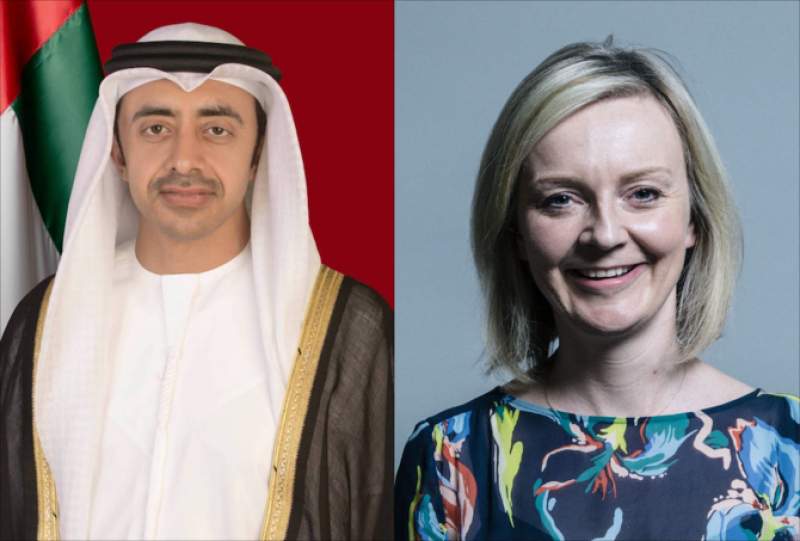 Speaking during a phone call with her UAE counterpart, Sheikh Abdullah bin Zayed, Truss strongly condemned the attack that killed three people and wounded seven others.

The Iran-backed Houthis launched a number of ballistic missiles and explosive-laden drones toward Abu Dhabi on Jan. 17 targeting fuel facilities of Abu Dhabi National Oil Company (ADNOC) and the airport.

The militia renewed its attack on the capital on Monday and launched two ballistic missiles that were intercepted by the UAE with US support.

Truss said “she and Sheikh Abdullah agreed that Houthi attacks must stop, a diplomatic solution was needed, and to continue to work closely on regional stability.”

Emirates news agency WAM reported “they also stressed that these terrorist attacks undermine efforts to achieve security and stability in the region.”