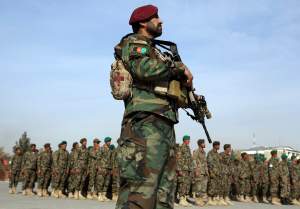 KABUL, 10 February, 2021 (TON): Afghan security forces have enhanced crackdown on terrorists for the past five days, in Nangarhar province.

The provincial commander, General Karim Niazi said on Tuesday that 22 militants were killed and 11 others injured in Hisarak and Shirzad districts over the past 24 hours, the media reported.

Overall there were more than 80 dead militants as a result of the operations, he said.

Without providing details on the identity of the militants, the official added that the security operations would last until the insurgents were completely wiped out of the province.

A number of Taliban and IS members were arrested over the past weeks in the province.

"Securing the strategically important Nangarhar would ultimately shrink the activities of militants in neighboring Kunar, Nuristan, and Laghman provinces," a local observer said.

The province and the neighboring Kunar, Laghman, and Nuristan are the areas that had been under insurgency over the past few years.

Iran to unveil its nuclear weapons on 9 April 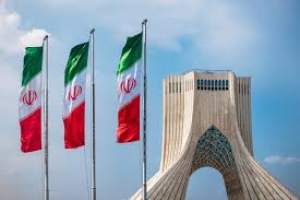 Speaking on the sidelines of the inauguration of the country's second Nuclear Industry Exhibition, Ali Akbar Salehi, head of the Atomic Energy Organization of Iran (AEOI), on Tuesday termed the innovations as "might-creating".

The efforts of the AEOI's scientists, pointing to the recent launch of uranium enrichment at a 20 percent degree "within 12 hours" were admired by Salehi.

Iran resumed its uranium enrichment activities at 20 percent purity level in 2019 after the US refrained to return to its commitments under the 2015 nuclear deal officially known as the Joint Comprehensive Plan of Action (JCPOA).

It was signed between Iran and the US, the UK, Russia, France, China, and Germany.

However, the former U.S. President, Donald Trump withdrew from the nuclear deal in 2018, and Iran has also lifted JCPOA limitations on its nuclear research and development activities. 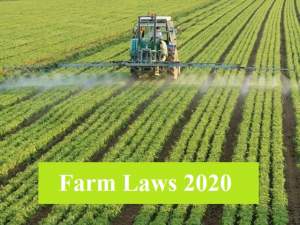 NEW DELHI, 10 February, 2021 (TON): On Tuesday, the Supreme Court-appointed an expert committee to facilitate the discussions on the three farm laws.

Committee member, Dr. Pramod Joshi told the media, that in the meeting, which was also attended by other panel members, Ashok Gulati and Anil Ghanwat, representatives from the private sector also gave their suggestions. This was the seventh meeting of the committee.

In a statement after the talks, the committee said that they held discussions, via video conferencing, with members of various agro-processing industries, agro-processing cooperatives, and purchase agencies on Tuesday.

The task assigned to the committee is to hold discussions and talks with various stakeholders, including the protesting farmers over the laws, and to submit the recommendations of the talks to the court.

Sudan: Demonstrators on roads for the cost of living 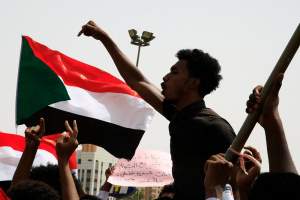 DARFUR, 10 February, 2021 (TON): On Tuesday, protests broke out in Darfur region and other parts of Sudan over the rising cost of living.

A new government team including rebel leaders has been tasked with fixing an economy, mismanagement, and civil war under now-ousted president Omar al-Bashir.

Demonstrators in Nyala, capital of South Darfur state, hurled stones at police and set several shops on fire in the main market, the witnesses said.

Protesters chanted, "No to high prices, no to hunger," as police fired tear gas to disperse demonstrators.

In the Red Sea city of Port Sudan, student protests broke out prompting the suspension of schools and closure of several shops, the media said.

Similarly, many protests and demonstrations of such kind went on in most of the areas of the country.

"We promise not to sleep until we end bread and fuel queues, and to make life-saving medications available at reasonable prices," Ibrahim said.

Cases of looting and robberies were reported in Gedaref.

Sudan has been under an economic crisis that has been a decade- long plagued by the U.S. sanctions, however, the country has been undergoing a rocky transition since the April 2019 ouster of Al-Bashir that triggered the hardships.

Qatar to extend support to Lebanon under new government 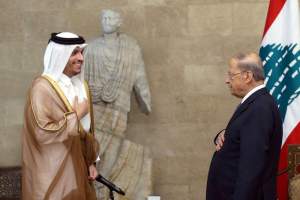 “Under our policy, we only provide financial help through economic projects that will make a difference to the country’s economy,” Qatar’s said during a visit to Beirut.

But “this demands there be an independent government to work with,” he said at a press conference after meeting Lebanon’s president.

“As soon as a government is formed, Qatar will be ready to study all the options” and only then discuss “a comprehensive economic program to support Lebanon,” he said.

Lebanon needs international assistance for its economic crisis but the donors have conditioned the aid on independent Cabinet enacting sweeping reforms.

After the previous cabinet stepped down after the blast incident on 4 August, 2020 which killed more than 200 people and destructed large parts of the city Beirut, the politicians have been unsuccessful in forming a new government.

There are good relations of Qatar with all the sides of the multi-confessional political factions for many years that have made the country agree on few deals specifically when in 2008 it hosted them in Doha to agree on the deal after the tensions arose. 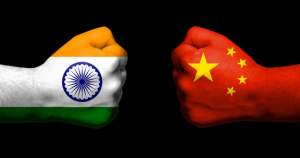 WASHINTON, 10 February, 2021 (TON): The border disputes between India and China are being closely monitored by the U.S. and support their peaceful resolution through direct dialogue, said the State Department on Tuesday.

"We note the ongoing talks between the governments of India and China," State Department spokesman Ned Price told the media.

India and China have been into a military standoff over their disputed mountainous border and Indian public opinion has hardened against Beijing after soldiers were killed there.

Price spoke after a call earlier in the day between Secretary of State Antony Blinken and India's Foreign Minister Subrahmanyam Jaishankar.

The call's purpose was "to reaffirm the strength of the US-India partnership" and issues of mutual concern, including Myanmar, the department said.

While discussing the cooperation across the Indo Pacific, the statement added, that they looked forward to expanded regional cooperation, including through the Quad, an informal grouping of the United States, India, Japan and Australia seen as a way to push back against China's growing assertiveness.

U.S. and India have already been into India’s matters lately, because of its strong alliance and partnership with the country, now the phone call concludes that the relationship will strengthen the Indo-Pacific security as well. 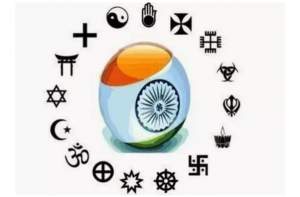 NEW DELHI, 9 February, 2021 (TON): The SC on Tuesday has sought a reply from the government on the plea seeking transfer of cases from High Courts to it and challenging the Center’s notification to declare five communities as minorities.

The High Courts at Delhi, Meghalaya and Guwahati are already seized of the petitions challenging the constitutional validity of section 2(c) of the National Commission for Minorities Act, 1992. In October 1993, the notification was issued under this Act, which declared the five communities as minorities across the country. The transfer plea filed by advocate Ashwini Upadhyay argued as a result of this notification, majority population of Sikhs in Punjab and Muslims in Jammu and Kashmir have received benefits, which were originally meant for minorities.

Notices issued to the Ministry of Minority Affairs , Minitry of Law and Justice and Ministry of Home Affairs by a bench headed by Chief Justice S A Bobde, accompanied by Justices A S Bopanna and V Ramasubramanian, while Senior advocate C S Vaidyanathan represented Upadhyay in the matter in the top court.

It is likely that the issue will be resolved as the Upadhyay had moved the top court seeking transfer of all the cases from High Court to itself. 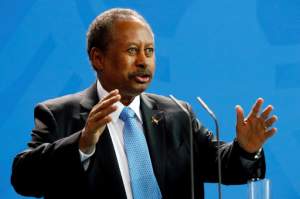 Veteran rebel leader and economist Gibril Ibrahim, of the Justice and Equality Movement (JEM) which played a major role in the Darfur conflict who was appointed as Sudan's new finance minister.

"We have reached consensus on over 25 ministries," Hamdok said, during a press conference in Khartoum.

"This lineup aims to preserve this country from collapse, we know there will be challenges but we are certain that we will move forward."

He dissolved the previous cabinet on Sunday to make way for new line up, two ministers were selected from the military, with the remaining coming from the Forces for Freedom and Change group, which plays a key role in Sudanese politics. 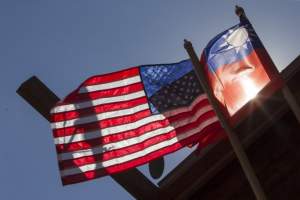 TAIPEI, 9 February 2021 (TON): Taiwan’s leader state its ties with Washington remains solid over the change of government from Trump’s to Biden’s, as the U.S. Navy asserts presence in the South China Sea.

“As long as the Beijing authorities are willing to resolve conflicts, we also want to have a dialogue with them under the conditions of equality and dignity,” Tsai said.

Tsai’s remarks came as the US Pacific Fleet conducted exercises in the South China Sea combining ships and planes from the aircraft carriers Theodore Roosevelt and Nimitz. The exercises were aimed at “increasing interoperability between assets as well as command and control capabilities,” the US 7th Fleet said in a statement.

“The ships and aircraft of the two strike groups coordinated operations in a highly trafficked area to demonstrate the US Navy’s ability to operate in challenging environments.” it said.

China has installations built on reefs and atolls hidden under sand and concrete and claims ownership over the sea while, Taiwan holds highly contested Taiping Island that joins Malaysisa, Philippines and Vietnam in challenging China wanting to exert control over the South China Sea, a significant trade route. 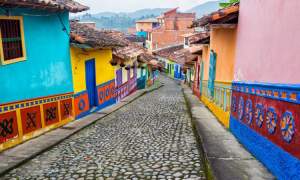 He added that the move will allow them to normalize into life in Colombia as it protection will last 10 years.

UN High Commissioner for Refugees Filippo Grandi praised the decision and said more than five million people have fled Venezuela since 2015, with Colombia taking in the greatest share.

At a joint news conference on Monday, he described it as a "historic gesture" and "emblematic for the region, even for the whole world".

Some 1.7m Venezuelans are thought to have arrived in Colombia but more than half are without legal status.

This move has facilitated the migrants to work, seek permanent residency and get access to health services.