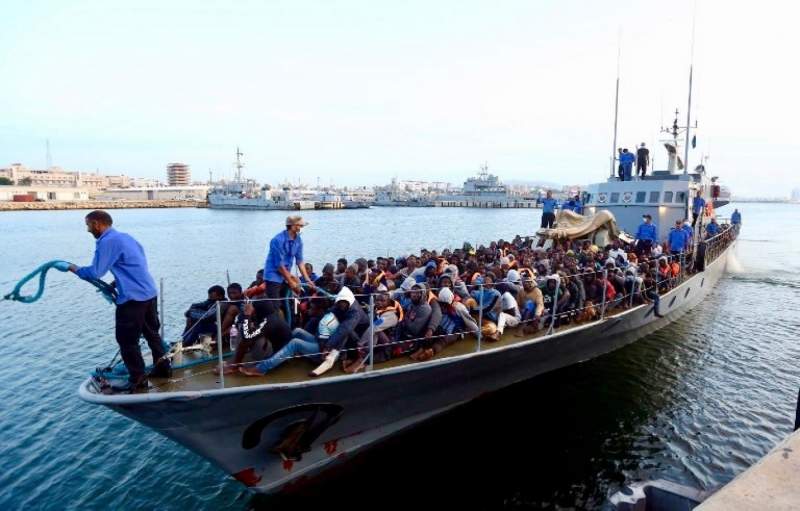 "Over 200 persons were brought to Tripoli by the Libyan Coast Guard, among them 9 women and 3 children," the agency tweeted.

"UNHCR and partner IRC (International Rescue Committee) are providing relief items and medical aid to all survivors," the commissioner said.

The Libyan navy said it recovered the body of one undocumented migrant during Saturday's rescue operation, adding that some migrants have escaped after they were rescued and returned to Libya.

According to the International Organization for Migration (IOM) in 2020, 323 migrants died and 417 others went missing on the Central Mediterranean route, while 11,891 illegal migrants were rescued off the Libyan coast in 2020 compared with 9,225 in 2019.

Shelters in Libya are crowded with thousands of migrants rescued at sea or arrested by the Libyan security services, despite international calls to close those centers.

Due to insecurity and chaos in the North African nation, thousands of undocumented migrants chose to cross the Mediterranean from Libya towards Europe. Libya is one of the most important starting points for African migrants to Europe.