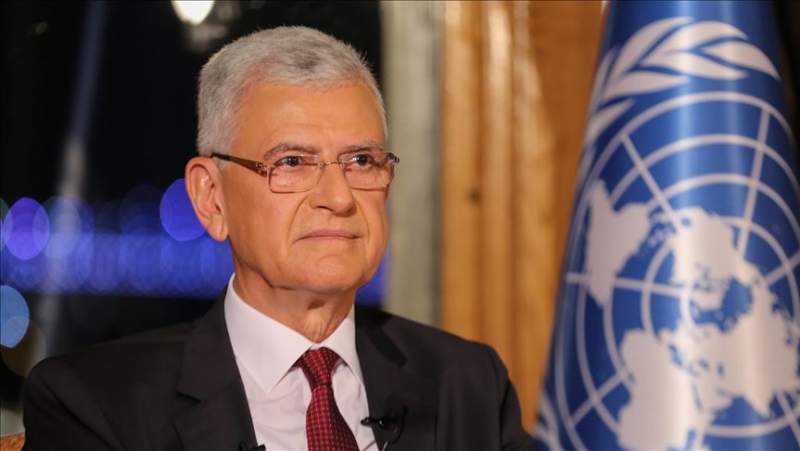 NEW YORK, 2 June, 2021, (TON): General Assembly President Volkan Bozkir is “saddened” by India’s reaction to his statements on Kashmir, according to his Deputy Spokesperson Amy Quantrill, who has asserted that they were taken out of context.

During a news briefing on Tuesday Amy Quantrill said, "The President was saddened to see a press statement from the Indian Ministry of External Affairs, which portrays his remarks on Jammu and Kashmir from a selective perspective, while they are consistent with the longstanding UN position regarding this issue."

She said that "It is regrettable that the President's remarks were taken out of context."

In a news conference in Islamabad last week, Bozkir said in reference to Kashmir that "I think it is the duty, especially Pakistan's, to bring this to the United Nation platform more strongly."

While speaking with Pakistan's Foreign Minister Shah Mehmood Qureshi at his side, Bozkir also endorsed Islamabad's attempts -- so far unsuccessful -- to link the Kashmir issue to the Palestine problem.

"As the minister mentioned, and also compared to two important things, I think the two problems are of the same age, Palestine and Jammu and Kashmir, and I fully agree that this is the case," he said.

He also added that the Kashmir issue does not have the "same enlarged political wind behind it" like the Palestine cause.

Indian External Affairs Ministry Spokesperson Arindam Bagchi reacting to Bozkir's statement had said, "When an incumbent President of the UN General Assembly makes misleading and prejudiced remarks, he does great disservice to the office he occupies. The President of the UN General Assembly's behaviour is truly regrettable and surely diminishes his standing on the global platform."

"We express our strong opposition to the unwarranted references made with respect to the Indian union territory of Jammu and Kashmir by the President of the United Nations General Assembly Volkan Bozkir during his recent visit to Pakistan," he said.