The U.S. embassy in Baghdad met an attack 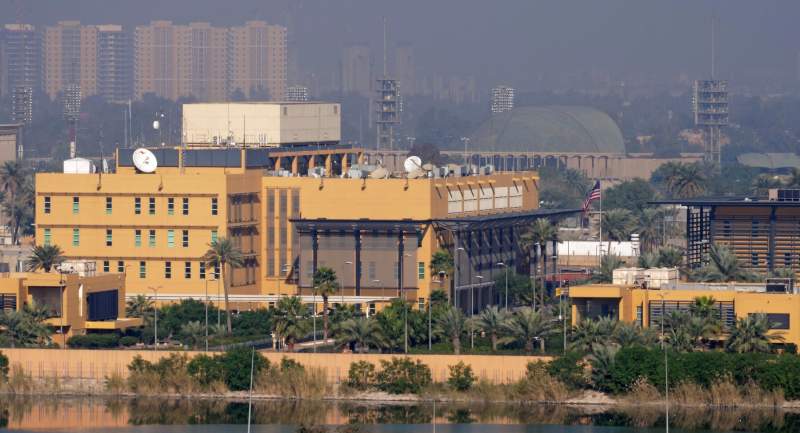 One rocket fell within the perimeter of the vast U.S. Embassy complex and the other fell in the residential neighborhood of Harthiya, outside the Green Zone, two Iraqi security officials said.

The military said in a statement, there were no casualties and an investigation was ongoing. There was minor property damage, including a damaged vehicle. The Green Zone houses foreign embassies and is the seat of Iraq's government.

No one immediately claimed responsibility for the attack.

In the third attempt to attack the American presence in Iraq last week, a U.S.-led coalition contractor was killed and other civilians were wounded in a rocket attack outside Irbil international airport last Tuesday. A little-known Shiite militant group calling itself the Guardians of Blood Brigade claimed responsibility for the attack.

However, it is noticed that the U.S. Embassy was a frequent target of rocket attacks during the Trump administration. The pace of attacks gained momentum in the weeks before Biden took office and have resumed now.