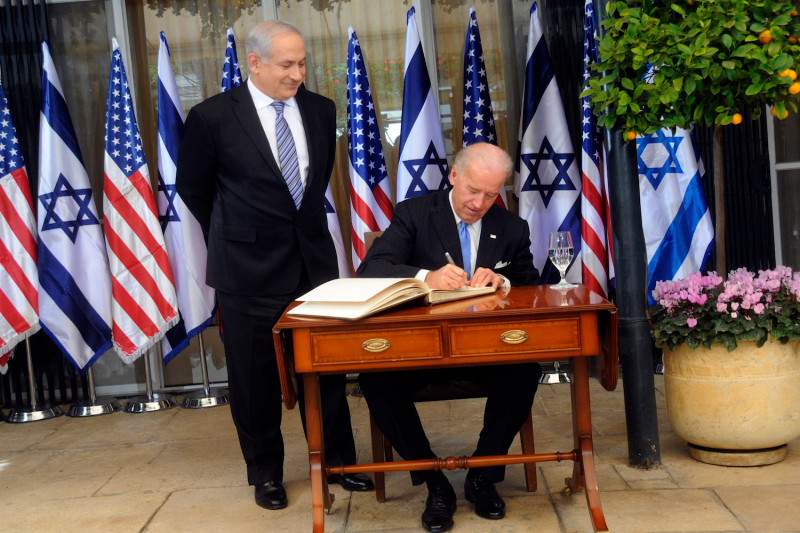 Fake news is being propagated by western interest players in Middle East that the senior leaders of Hamas and the Islamic Jihad coordinated with Iran’s Islamic Revolutionary Guard Corps (IRGC) and Iranian supported Hezbollah in their latest Gaza attacks against Israel. Hamas leadership in West Bank and Gaza have strongly refuted the allegation and said, “Our leadership with the support of Allah through Muslim nations are sufficient and no foreign country in directly involved, whether in advisory role or on ground warriors”. It was added, “Saudi Arabia and Turkey have assured of their moral, financial and arms and armament support when situation arises.”

Misleading impression is being reflected by sponsored media including Lebanese Al-Akhbar and Al-Manar TV which stated that the “IRGC, Hezbollah, and Hamas set up a joint military operations room in Beirut during the latest conflict with Israel.” It stated, “the Commander of IRGC’s Al-Quds Force, General Esmail Qaani, visited Lebanon twice to attend the meetings.” Hamas leadership have refuted any such meeting or understanding and added that Hezbollah is Lebanon based and both Hezbollah and IRGC have no connection with present struggle to free Palestinian territory from Israeli occupation on the basis of UNSC Resolutions. They declined having ever spoken to General Qaani on the phone or otherwise and rejected baseless claim that “head of Hamas’s politburo and the secretary-general of Palestinian Islamic Jihad and assured them of Iran’s support”.

Baseless and unfounded allegation have been levelled on Hamas, which represents Palestinians all across that Hezbollah, acting as Iran’s proxy, transported weaponry and ammunition to Gaza and moved a number of Palestinian Resistance officers out of the Strip during the fighting. A Gaza-based Hamas leader said on the condition of anonymity that this is a joint US-Israel strategy to spread the Palestinian movement towards Lebanon.

If we peep into the series of incidents, the 13th of April was the turning point, the first day of the Muslim holy month of Ramadan; Twenty-seven days before the first rocket was fired from Gaza on Israeli security forces positions by Palestinian representative organisation, “Hamas”. On this day, Israeli police officers entered the most sacred Al Aqsa Mosque in Jerusalem and manhandled worshippers, cutoff connection to speakers from four centuries old minarets and created an ugly situation. Earlier, Israelis asked the Muslims to seize use of loudspeakers for that day or at least pend call for prayers on loudspeaker when Israeli President was delivering a speech at the Western Wall, that lies below the Al Aqsa Mosque. The Palestinians leadership including Hamas and the Islamic Jihad rejected an Israeli request as it accounts to disrespectful before the Almighty Allah. Police raided Al Aqsa Mosque and disconnected the speakers, which was rightly termed by Sheikh Sabri as “a clear message to us that the Israeli police wanted to desecrate the Aqsa Mosque and the holy month of Ramadan.” This was followed by show of force by Israelis as series of raids on Al Aqsa Mosque.

On 21 April, just a week after the police raid, a few hundred members of a Jewish group, “Lehava”, marched through central Jerusalem, chanting slogans “Death to Arabs” and attacking Palestinian passers-by. The situation become further tense when a group of Jews was filmed attacking a Palestinian home, and assaulted others believed to be Palestinian. Due to tense situation, on 29 April, President Mahmoud Abbas cancelled the Palestinian elections. Since the holy month of Ramadan, especially on Friday 30 April, Israeli police created hindrances during prayers, trying to stop Palestinians from accessing the Old City, forcing the Palestinian leadership to retaliate. Left with no other option, Palestinian allowed Hamas to take over the cause of Palestinian and control the situation as things were getting out of hands. Again a Israeli police become more coercive and raided the Aqsa Mosque on Friday, 7 May where Police officers armed with tear gas, stun grenades and rubber-tipped bullets burst into the mosque compound leading to several hours of clashes with stone-throwing protesters in which hundreds were injured. Naturally, Hamas took over the Palestinian leadership and taught lesson to the Israelis not to forget that this land belonged to them.

The confidence and legality of taking punitive against Israel by Hamas had spring through the UN Security Council (UNSC) Resolution 242, which called for Israel to withdraw from occupied lands to secure and recognise borders in exchange for peace and UNSC Resolution 2334 (2016), where the Security Council reaffirmed that Israel’s establishment of settlements in Palestinian territory occupied since 1967, including East Jerusalem, had no legal validity, constituting a flagrant violation under international law and a major obstacle to the vision of two States living side-by-side in peace and security, within internationally recognized borders. The Council reiterated its demand that Israel immediately and completely cease all settlement activities and it would not recognize any changes to the 4 June 1967 lines, including with regard to Jerusalem, other than those agreed by the two sides through negotiations.

In March 2007 the UNSC added an embargo on arms exports from Iran. This was followed in June 2010 by a UN embargo on the export of most major conventional weapons to Iran. They were amended in October 2015 allowing supplies of major arms and related components and services with the specific approval from the Security Council. The UN restrictions on supplies of major arms to and all arms from Iran expired in October 2020. The Israel – US plan is to develop link between Hamas and Hizbullah cum Iran to not only convince United Nations to reimpose restrictions on supplies of major arms to Hamas and Hizbullah but also malign Iran’s IRGC with international repercussions. We have seen the democratic system under which President Mahmoud lost all hopes after the court decided Palestinians as illegal. It was only Hamas, which made the international community realise how the Palestinians are being treated and highlighted Israeli war crimes. It is high time that the Palestinian as well as Muslim around the world recognise Hamas as main representative of Palestinian and started legal peaceful struggle for the establishment of Palestine as independent and sovereign state with capital as Jerusalem.