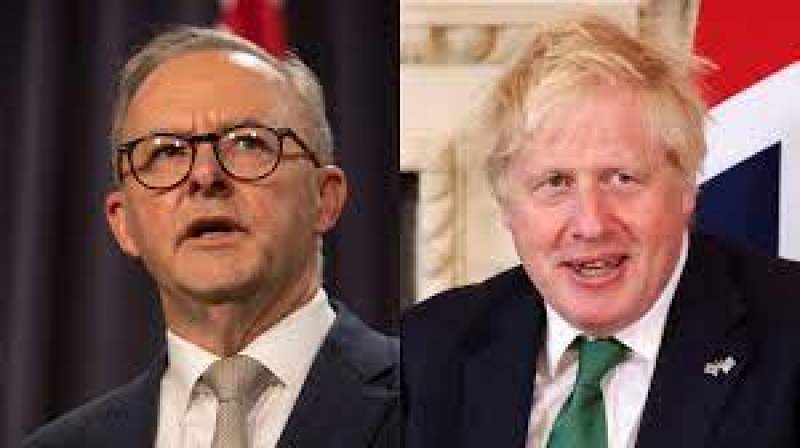 LONDON, 24 May 2022, (TON): The Prime Minister Boris Johnson spoke to Prime Minister Anthony Albanese of Australia this morning to congratulate him on his election win at the weekend.

The Prime Minister told the new Australian leader that he wanted to congratulate him fulsomely on the big moment and said he looked forward to strengthening the UK – Australia relationship even further.

Prime Minister Albanese thanked the Prime Minister and noted that the UK and Australia had a strong and historic friendship, stemming from their close Commonwealth ties.

The pair agreed that there was more that could be done together.

Both leaders agreed that there was strong alignment between their Governments’ joint agendas, spanning across global security, climate change and trade.

Discussing AUKUS, the leaders strongly agreed on its vital importance and the exciting opportunities it provided. The Prime Minister said he thought the trilateral grouping could go further together in other domains, where both countries could collaborate for the global good.