Sajith Premadasa as a future leader of Sri Lanka 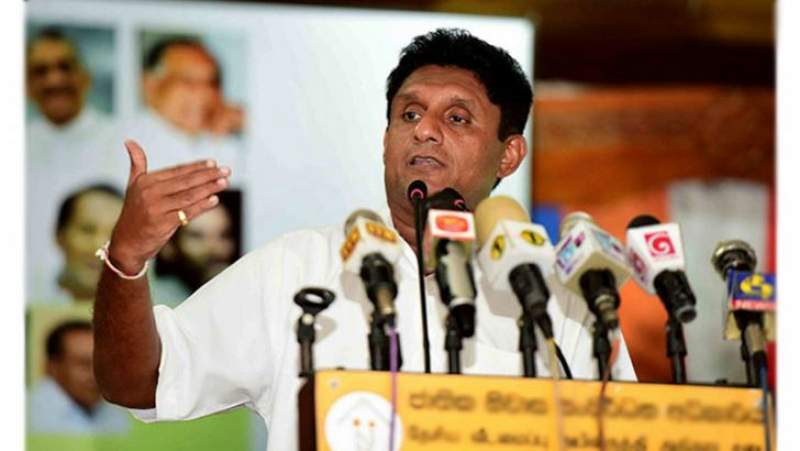 Sajith Premadasa being the opposition leader of the country at present, is the only son of Sri Lanka’s former President Ranasinghe Premadasa. Born in 1968, Sajith studied at St.Thomas’ Preparatory School and Royal College in Colombo and Mill Hill school in London. He obtained his bachelor's degree from the London school of economics and political science in the UK and Master's degree in Public Management at the University of Maryland in the USA.

A good leader possesses patriotic qualities and prioritizes his country. He is one among the very few politicians in the country with no allegations of corruption, malpractices and free of court cases, Premadasa has all the vital prerequisites for the country’s leadership.

Sri Lanka with a great cultural heritage that runs back to 2500 years has recognized that the country has lacked honest leaders with a sharp vision over decades. As a result, the country has been borrowing dollars from all over the globe dragging the nation to the worst financial crisis ever. Whoever takes the leadership of this country in future should be capable of saving the country’s economy before it totally collapses and it is not going to be an easy task.

Sajith Premadasa, who lost to President Gotabaya Rajapaksa in the previous presidential election, was always passionate to address issues of the poor. He has carried out many successful housing projects for the poor. He has a vision of eliminating poverty from the country and to make a stable income that distributes equally among everyone. Like father like son Sajith always wanted structural changes in the country’s economy to drag the country out of this vicious cycle of poverty. He is well experienced in local politics and well aware of the mechanisms that have disrupted the proper policy formulation and its implementation.

Does he have the willpower to change the system and bring everything back on track?

A successful leader should have the capacity to grasp the core of an issue in no time. While Sajith was pursuing his higher studies abroad he had the opportunity to learn under professors who were the best in the world in the areas of economics and politics which helped him to develop the ability to nail the issues instantly.

Sajith Premadasa has apprenticed under US Senator Larry Pressler of South Dakota for almost two years giving him an opportunity to experience the policy formulation process in the US.

On the other hand, sincerity and seriousness are two of the most important traits great leader will have. Premadasa has refused the offer of super luxury vehicles at the expense of taxpayer's money throughout his parliamentary career. He also refused to receive the COVID vaccination until the last person in Sri Lanka was vaccinated during the pandemic.

The spirit of a country is created by its leaders. A true leader should be non-biased in any situation. Especially when ruling a country like Sri Lanka where many ethnicities live. During the COVID-19 pandemic Sajith warned the parliament about the readiness of the government far before the country was hit hard by the pandemic.

Leaders of the new era should be well aware of modern technology and communication where the general public is updated with new information at all times. The new leaders should be equally fast in responding to people's ever demanding challenges with optimism and ingenuity. A modern leader of the 21st century can never resemble those who were in the past. At present the country is struggling with acute shortages of essentials. Seeking help from not only its neighboring countries but from all over the world.

However, Sajith rejected the recent offer by the President to be the Prime Minister of the interim government. He requested the resignation of the former Prime Minister and the transfer of some of the presidential powers of President Gotabaya Rajapaksa to the parliament in order to take up the position.

Later, Ranil Wickramasinghe was appointed as the new Prime Minister and Sajith's political party agreed to give support to the newly formed interim government.

Whoever comes into power next will be able to overcome the present situation of the country and to convert the country's fragile profile into a country that has sustainable economic growth. Our long-term growth will totally depend on the ability of the country’s leaders successfully balancing between world’s major powers. He or she should know the art of integrating Sri Lanka to the world.