Use of Southern Route by Nepali importers 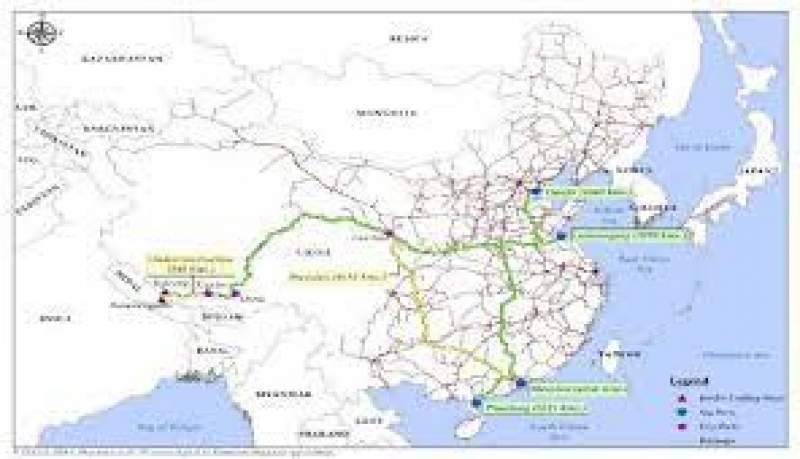 Currently, Nepali trade importers use the southern route due to the changeable Chinese passage policy. Traders say they are wary of the frequently changing Chinese transit rules and promises which have caused them massive losses.

Nepali importers using the southern route due to vacillating Chinese transit policy Nepali traders of Chinese goods are bringing their shipments over the indirect southern route through India instead of the direct way across the northern border. As they don't know when it will be open or closed as per the on-again, off-again Chinese policy.

On March 25, visiting Chinese Foreign Minister and State Councilor had assured Nepali officials that trade between Nepal and China would be improved. However, traders say conveyance glitches still exist. Goods carried over the land route across the northern border may be held up at the point of the entrance as China does not allow full access to cargo vehicles working between the two countries, and traders.

Almost 80 percent of the traders are conveying their cargo by sea even though the route is longer. The Chinese foreign minister during his visit to Nepal had said that the number of vessels allowed to cross the border would be augmented, and trade will be made efficient. For time being the number of containers was increased immediately after the visit, but later the number was reduced again now.

China discharges not more than 15 trucks daily through each of the two border points. Due to bad practices in the past, traders have lost confidence in importing goods over the land route from China. Nepal-bound cargo trucks have been stuck for months on the Chinese side of the border.

Merchants have now started ordering goods targeting the Dashain and Tihar festivals. Hydropower equipment and fruits are being transported across the northern border in limited quantities while readymade garments, and electrical goods are coming over the sea route and through India.

For the last two years, deliveries from China have been arriving so late that they missed the festival shopping season. Traders who ordered goods in advance from China lost billions.

The traders have been shifting towards the sea route. However, it is due to potential floods and landslides during the rainy season in the northern route. Nepal’s export has been disappointing as the production of exportable goods is not enough. To increase exports, Nepal needs to increase production trade with China.

In the last fiscal year, Nepal bring in goods worth Rs233.9 billion while the transfer of goods was valued at just Rs1 billion. China is Nepal's second-largest trading partner after India. Merchants use the overland way across the northern border because deliveries arrive within two weeks and carriage is cheaper than the sea route and importing goods over the sea route takes 40–60 days.

As the monsoon has started, there are high chances of floods and landslides on the highway leading to the northern border, and this is another reason why traders have switched to the sea route. Exports to China through the northern border are almost zero.

Nepal's exports to China include incense sticks, handicrafts (metal and wooden), noodles, pashmina, readymade garments, leather goods, rudraksha, tanned skin, tea, wheat flour, and woolen carpets. China needs to consider Nepal as per the pledges it had made to ease the passage for trade, but that’s not happening,” said Chandra Ghimire, a former commerce secretary.

In April 2019, the two neighbors signed the procedure for applying for the Trade and Transportation Contract. The signing of the protocol meant Nepal could use four Chinese seaports in Tianjin, Shenzhen, Lianyungang, and Zhanjiang, and three land ports in Lanzhou, Lhasa, and Shigatse for third-country imports.

As the Nepalese government failed in implementing the pact. The facility permitting third-country trade through China had also raised hopes that Nepal would finally be able to come out of its complete dependence on India.

For decades, Nepal has completely relied on India for its third-country trade for various reasons including historical relationships, open borders and road infrastructure. However, they sometimes have become a nuisance for Nepal because sometimes the barriers along the border lead to an acute shortage of goods in Nepal.

China closed its border points due to the pandemic in January 2020, and they have not been fully operationalized since then. China has made a number of pledges to relax the trade route. The closure of the Chinese border in early 2020 has affected a large number of Nepali financiers trading goods to China. So all they needs to revive not only the trade policies but to implement practically by both side Nepal and the China to benefit its citizens at large.