Biden says G7, NATO must ‘stay together’ against Russia’s war 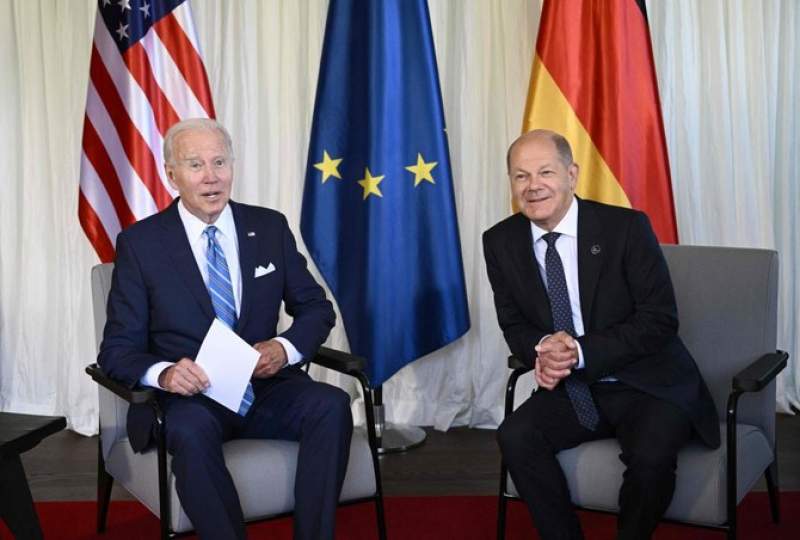 WASHINGTON, 27 June 2022, (TON): US President Joe Biden praised Germany’s Chancellor Olaf Scholz for his leadership in the wake of Russia’s war against Ukraine and urged the West to stay united.

Biden told Scholz at a meeting ahead of the G7 summit in the German Alps “we have to stay together.”

Russian President Vladimir Putin had been hoping “somehow NATO and the G7 would splinter.”

Biden said “but we haven’t and we’re not going to.”

Biden met his German host in the picturesque Elmau Castle where the G7 Britain, Canada, France, Germany, Italy, Japan and the United States was holding a three-day summit dominated by the crisis in Ukraine.

Biden praised Scholz’s leadership as current chair of the G7 at a time of upheaval in Europe triggered by Russia’s war and subsequent global economic fallout.