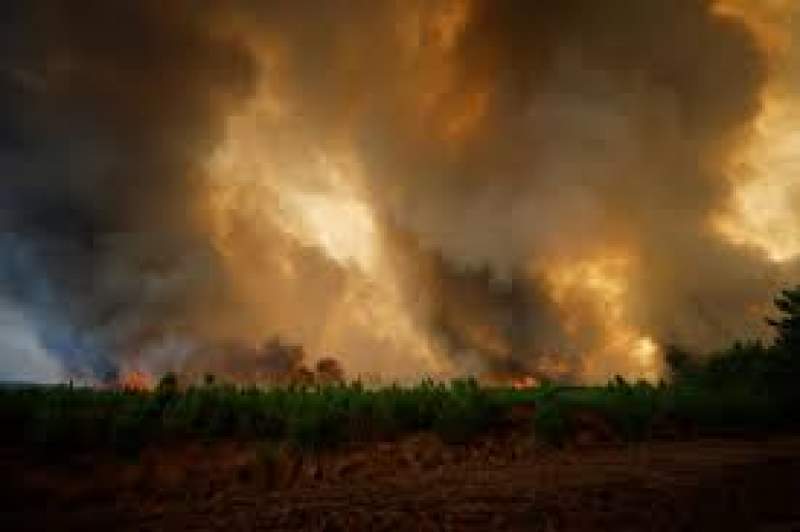 HOSTENS, 11 August 2022, (TON): Wildfires tore through the Gironde region of southwestern France on Wednesday, destroying homes and forcing the evacuation of more than 8,000 residents, some of whom had clambered onto rooftops as the flames got closer.

Skies darkened from the smoke billowing from forests destroyed by fires that have razed more than 6,000 hectares and were continuing to burn out of control despite the efforts of firefighters backed by water-bombing aircraft.

France, like the rest of Europe, has been struggling this summer with successive heatwaves and its worst drought on record. Dozens of wildfires are ablaze across the country, including at least eight major ones.

The Gironde municipality of Belin-Beliet said “prepare your papers, the animals you can take with you, some belongings and WAIT FOR THE INVITATION TO LEAVE which will be notified to you by the gendarmerie, officials or volunteers going door-to-door.”