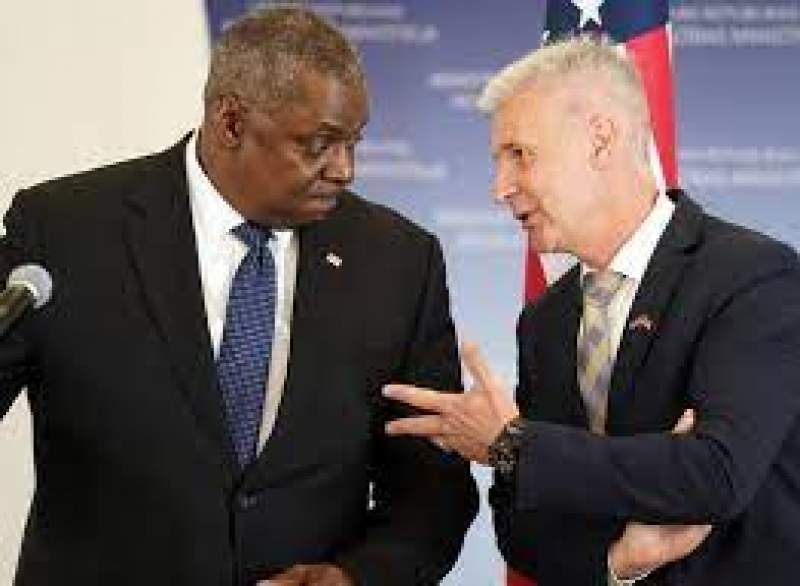 He said “the U.S. may bring in additional troops from America if needed to bolster the region against any possible threat from Russia.”

Speaking at a press conference with Latvia’s Defense Minister Artis Pabriks, Austin said plans to do continuous rotations of forces into the Baltics will likely use troops from U.S. brigades in Romania and other parts of Europe, but we can also bring in forces from the United States.

Austin is the first U.S. defense secretary to visit Latvia in nearly three decades, underscoring the increased importance of the Baltic nations, who sit at Russia’s western edge.

They have watched Russia’s invasion of Ukraine and fear that they could be the next victims of Moscow’s aggression.

The Pentagon said “the last defense chief to go to Latvia was William Perry in 1995.”