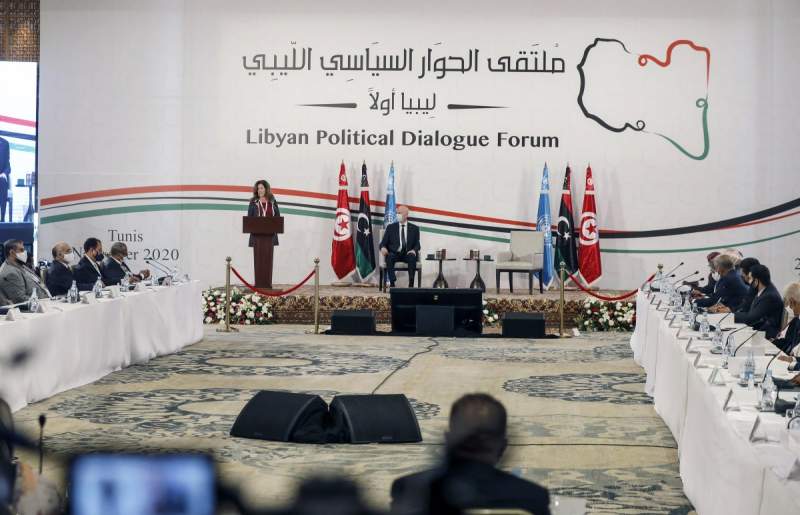 TRIPOLI, 31 December 2020, (TON): Germany, Italy, the United States, France and Britain reiterated on Wednesday full support for the success of the UN-facilitated Libyan Political Dialogue Forum (LPDF) and interrelated economic and security dialogues, according to a joint statement.

The statement was issued after ambassadors of Germany, Italy and the United States and charge d'affaires of France and Britain, joined by the UN Support Mission in Libya, met virtually with Libya's UN-backed Prime Minister Fayez Serraj.

The diplomats welcomed recent prisoner exchanges between Libyan rival parties, and urged rapid progress to facilitate the reopening of the Misurata-Sirte coastal highway as agreed by the 5+5 Joint Military Commission in October, said the statement.

"The heads of mission noted that for the intended formation of the executive authority within the LPDF framework, strong and engaged Libyan leadership is needed ahead of elections in December 2021. They also emphasized the need for public commentary to be constructive and in support of the process," it said.

"The heads of mission also reiterate their call for the international community's full support for the Libyan-led, UN-convened political process, including the LPDF and Oct. 23 Ceasefire Agreement," it further said.

The eastern-based army and the UN-backed government had been engaged in a deadly armed conflict for over a year in and around capital Tripoli, which ended in early June when the UN-backed government announced its takeover of all western Libya after withdrawal of the eastern-based army. On Oct. 23, Libyan delegations to the 5+5 Joint Military Commission talks in Geneva signed a UN-sponsored permanent ceasefire agreement.