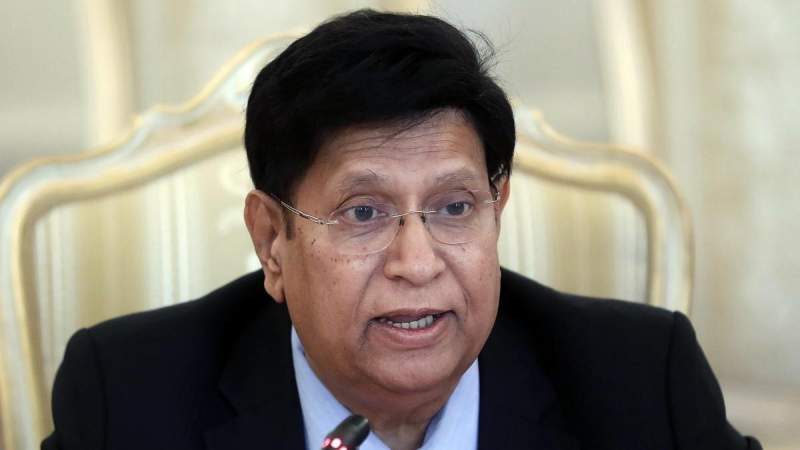 DHAKA, 04 January 2021, (TON):  Bangladesh Foreign Minister Foreign Minister AK Abdul Momen said that the countries, including Russia and China, which voted against a resolution recently adopted by the 75th UN General Assembly (UNGA) on the human rights situation of the Rohingya refugees, "could play a better role".

On December 31, 2020, the UNGA plenary adopted the resolution by a recorded vote of 130 in favour to nine against, with 25 abstentions. Besides China and Russia, the other countries that voted against the resolution are Belarus, Cambodia, Laos, Myanmar, the Philippines, Vietnam and Zimbabwe.

"Those countries could play a better role which voted against the resolution. We don't have any displeasure against them," Momen told reporters at his office on Sunday.

"It's a strategic decision. We're happy with the results," he added.

"We're happy that they talked to us before the decision," the Foreign Minister said explaining why the countries wanted to remain neutral in the UN to use their leverage on Myanmar in finding a solution to the Rohingya crisis.

China is trying to work with Myanmar and Bangladesh to find a solution through tripartite discussions.

Momen said the Rohingya issue remains a big challenge and expressed his optimism over resumption of the repatriation process in this year, adding: "It's our expectation."

The Foreign Minister said he wrote to his counterpart at the Ministry of Foreign Affairs, Myanmar on January 1 touching upon overall issues.

"I've conveyed to my counterpart in Myanmar that we want the process to start. You repeatedly told us that you will take them back after verification and provide safety and security. It's our demand that you will provide it what you promised," he said, adding that creating a conducive environment for voluntary repatriation has to be in place as promised.

He said Myanmar is a friendly country and Bangladesh is trying to solve the Rohingya issue through discussion with the former bilaterally, apart from exploring other ways.

Responding to a question, the Foreign Minister said China is trying to discuss the issue through a trilateral mechanism with Myanmar and Bangladesh.

"We're ready. We'll sit once a date is fixed for the next round of discussions."

"Japan assured us of extending their help. We're yet to take a decision on how the framework will be designed."

"Development is not possible without peace," he said.

Two repatriation attempts turned futile as Myanmar "failed to remove trust deficit" among the Rohingya and there was "lack of conducive environment" in Rakhine state for their return.