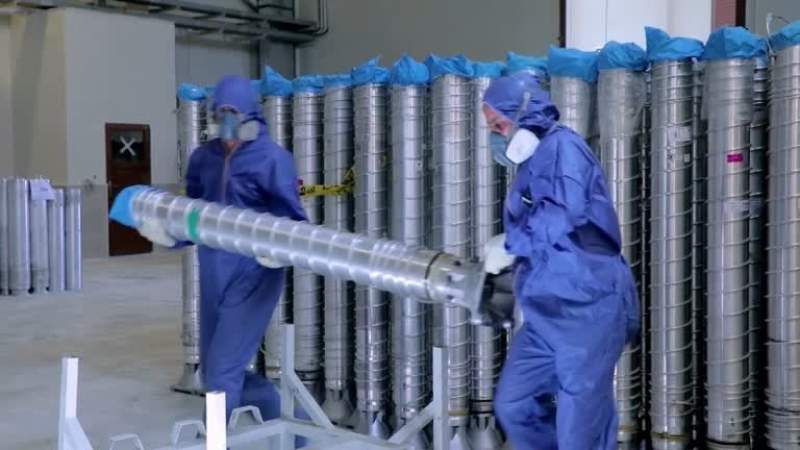 TEHRAN, 05 January 2021, (TON):  Iran has resumed 20% uranium enrichment at an underground nuclear facility, the government said on Monday, beyond the threshold set by the 2015 nuclear pact, sparking international concerns.

“At around 7 pm (1530 GMT on Monday), we reached 20pc” enrichment, spokesman Behrouz Kamalavandi said in an interview aired on Tuesday.

The U.N. nuclear watchdog also confirmed Iran's move of enriching uranium to 20% purity at its Fordow site which is under the mountain.

“Iran today began feeding uranium already enriched up to 4.1 percent U-235 into six centrifuge cascades at the Fordow Fuel Enrichment Plant for further enrichment up to 20%,” the IAEA said in a statement on a report that was sent to member states.

Benjamin Netanyahu, prime minister of Israel, said the move was aimed at developing nuclear weapons and Israel would never allow Tehran to build them.

Tehran started violating the accord in 2019 in a step-by-step response to Washington's withdrawal from it in 2018 and the reimposition of US sanctions lifted under the deal.

The step was one of many mentioned in a law passed by Iran’s parliament last month in response to the killing of the country’s top nuclear scientist, which Tehran has blamed on Israel.

The European Union said Iran's enrichment programme would be a “considerable departure” from the deal.

Russia's envoy to the IAEA said that Moscow is “not enthusiastic” about Tehran's move but emphasised that “there is nothing to overdramatise”.

“Our measures are fully reversible upon FULL compliance by ALL (parties to the deal),” tweeted Iranian Foreign Minister Mohammad Javad Zarif.

Tehran insists it can quickly reverse its breaches if U.S. sanctions are removed. Biden, who takes office on 20 January has said the United States will rejoin the deal “if Iran resumes strict compliance” with the pact.

However, while the US insists that international sanctions against Iran prior to the JCPOA have been reinstated, the majority of Security Council members and Iran have made their positions clear that the US was not in a position to initiate the snapback mechanism as provided for in Resolution 2231 since the US was no longer a participant of the deal by the time it was trying to do so in August 2020.