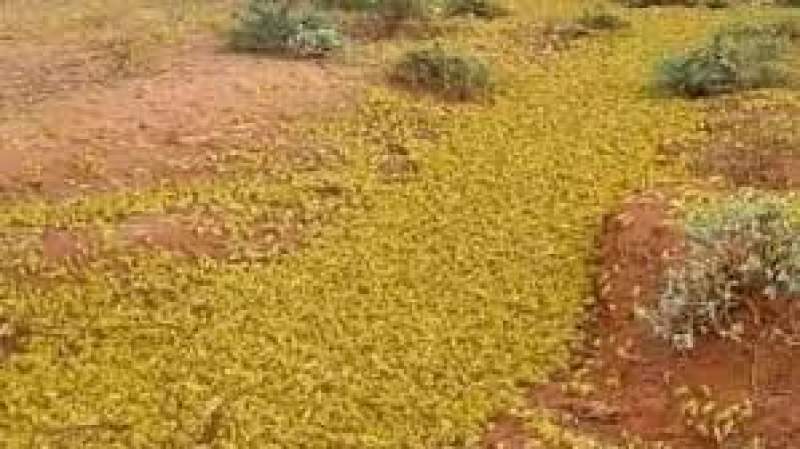 ROME, 05 January 2021, (TON): The UN Food and Agriculture Organization (FAO) on Monday warned that more desert locust swarms will arrive during January and spread throughout southern Ethiopia and parts of Kenya.

"More swarms will arrive during January and spread throughout southern Ethiopia and northern, central, and eastern counties of Kenya where they will mature and lay eggs that will hatch and give rise to hopper bands from late January onwards," the FAO statement said on Monday.

According to the FAO, numerous immature swarms formed in eastern Ethiopia and central Somalia, which moved to southern Ethiopia, reaching northern Kenya on Dec. 21.

The FAO also stressed that adult groups and a few swarms appeared on the coast of Sudan and Eritrea where breeding, albeit on a smaller scale than Saudi Arabia, will cause hopper bands to form.

Intensive control operations treated more than 336,000 hectares of land during December, and efforts should be maintained.

The desert locust, which is considered as the "most dangerous of the nearly one dozen species of locusts," is a major food security peril in desert areas across 20 countries, stretching from west Africa all the way to India, covering nearly 16 million square km, according to the United Nations.