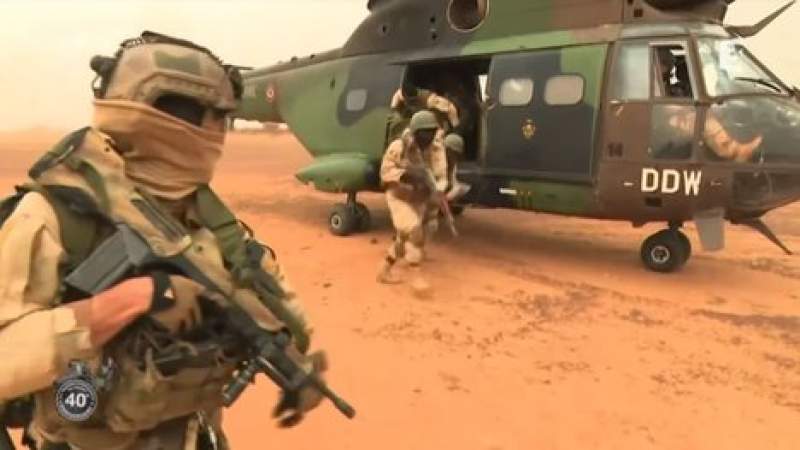 MALI, 6 January 2021, (TON): French invasion in Mali and its operations against Muslims tribal in the north resulted in cold blooded killing of at least 20 Muslims, many of them children.

Reports said that the incident took place during weekend in which French military helicopter carried out airstrikes on a wedding party in a remote village of Bounti in central Mali’s Mopti region. Scene of people running in all direction to save their lives but they were ruthlessly killed.

French military spokesperson claimed that its troops carried out a strike on jihadist militants in central Mali, but that not a wedding party.

The French first intervened in the Sahel region - a semi-arid stretch of land just south of the Sahara Desert which includes Mali, Chad, Niger, Burkina Faso and Mauritania in 2013.

France has 5,100 troops in the Sahel region, which has been a front line in the war against rebels in Africa for almost a decade. France wants to establish a secular government in Mali by changing the religious government therefore military operations and airstrikes are being carried out in the region.