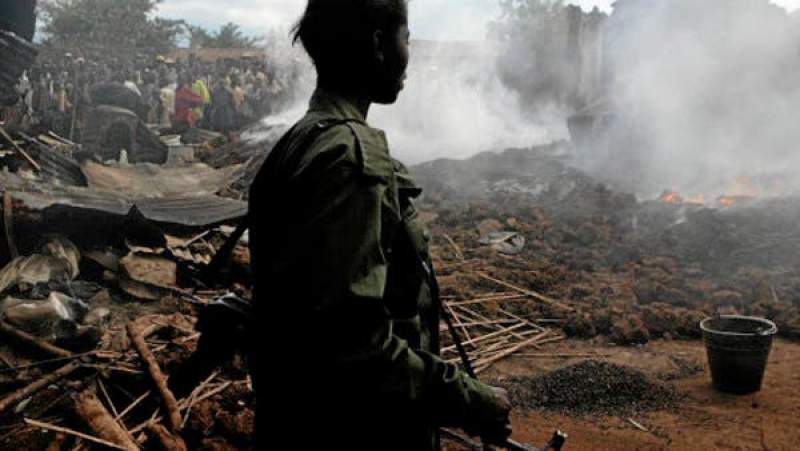 KINSHASA, 06 January 2021, (TON): At least 22 civilians have been killed in a rebel attack on a village in the North Kivu province of the Democratic Republic of the Congo (DRC), according to local officials.

“ADF rebels attacked the village of Mwenda on Monday about 19:00 GMT, killing 22 civilians with machetes,” Kibwana said, adding the death toll is provisional.

Local leaders Ruwenzori Bozy Sindiwako and Iteni Muvunga Kimwele said on Tuesday the rebels used machetes and bladed weapons to carry out the massacre and systematically loot the settlement.

Fulbert Kasairo, a local official, said a dozen other villagers were also kidnapped by the attackers in order to transport stolen goods to other localities.

“Our region is a powder keg, a cemetery. We live in a dying house while the authorities are disinterested,” Kasairo said.

“These repeated killings … are causing massive displacements of the population of this sector towards secure [areas], including, in particular, the city of Beni,” Bozy Sindiwako said.

“At the moment, the whole village is crying, my constituents are killed, it sickens me,” Muvunga Kimwele said.

Lieutenant Antony Mwalushayi of the Armed Forces of the Democratic Republic of Congo (FARDC) confirmed the attack without giving details.

The ADF, which originated in Uganda’s northeast in the 1990s, has been attacking and killing civilians in eastern DRC for decades. The illicit exploitation of natural resources continues to be a root cause and driver of conflict in the east of the country, according to the UN.