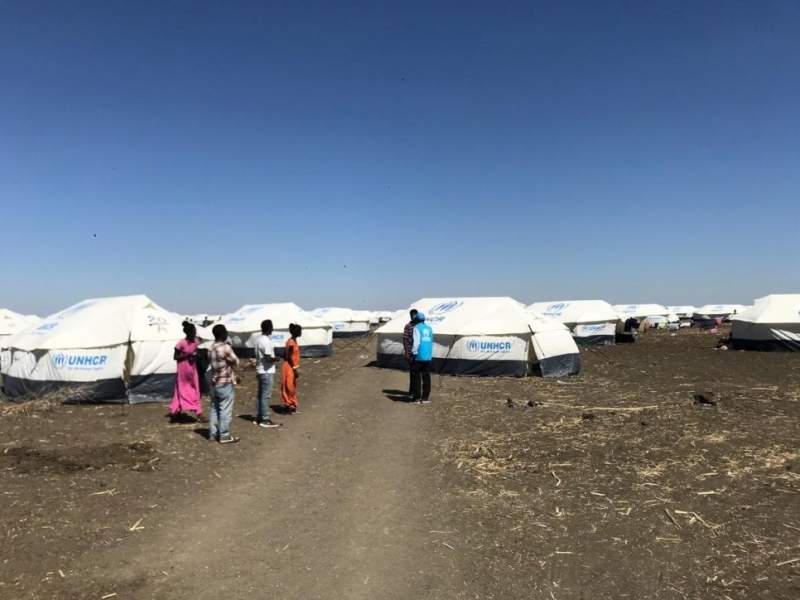 ADDIS ABABA, 6 January, 2021, (TON): The United Nations High Commissioner for Refugees on Tuesday said it has relocated the first batch of Ethiopian refugees fleeing the violence in Ethiopia's Tigray region to a new site in Sudan.

“The UN Refugee Agency, continues to register new refugee arrivals at the Sudanese-Ethiopian border. Some 800 people crossed from Ethiopia’s Tigray region into eastern Sudan in just the first few days of the New Year” said a statement by the agency.

Since early November, more than 56,000 Ethiopian refugees have fled to neighbouring Sudan, it added.

"Refugees are arriving with little more than the clothes on their backs, fatigued and in weak conditions after days of travel. More than 30 percent of them are estimated to be under 18 and 5 percent over 60 years old," it said.

“In support of the government-led response in Sudan, UNHCR and Sudan’s Commission for Refugees (COR) continue to relocate the refugees from the arrival locations at the border to the designated refugee camps, further inland in Sudan’s Gedaref State” it said.

With the Um Rakuba refugee camp almost at full capacity, the UN agency and its partners "are striving to swiftly relocate refugees from reception sites at the border to a second, newly opened refugee camp, Tunaydbah, in order to keep refugees safe and offer them better living conditions."

The new site is located some 136 km from Gedaref town. Since Sunday, 580 refugees have been relocated to Tunaydbah from Village 8 reception site, with relocations from Hamdayet reception site set to start also this week, said the UN body.

More than 56,000 Ethiopian refugees have fled Tigray into eastern Sudan since early November, according to the latest figures from the UN refugee agency.

UNHCR, COR, and partners are scaling up their response to meet the needs of the increasing refugee population in all locations. Currently, more than 20 humanitarian partners are on the ground in Um Rakuba and another six are starting their activities in Tunaydbah.

The UN agency said by the end of 2020, US$40 million has been pledged to UNHCR for the regional response to the emergency in Ethiopia’s Tigray region, which covers only 37 per cent of the financial requirements in Sudan, Ethiopia, and Djibouti.