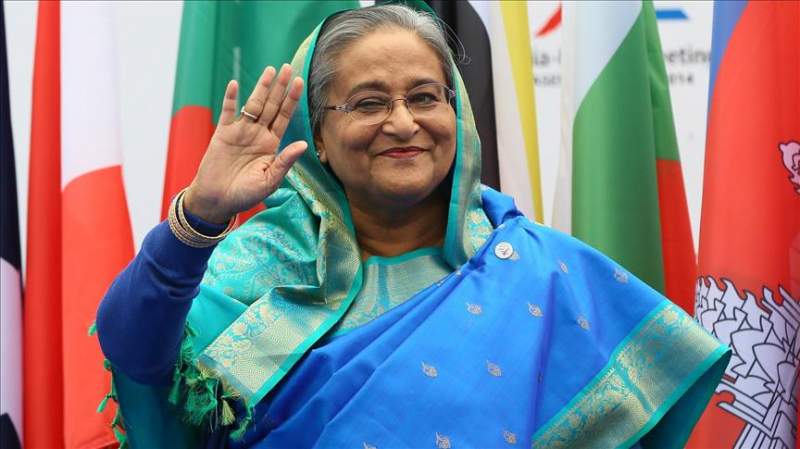 Indian snubbed Hasina wazed as she building new ties in the region for the welfare of their citizens.  The rift between both the countries had begun before the independence, when British rule carried the partion of Bengal. Historically, culturally and geographically Bengal is the integral part of the Bangladesh as the flow of water already perspicuousness the natural integration of people and land. Millions of Bengalis are living in the India, after the controversial bill the new wave of concern in Dhaka, as prominent leaders of the ruling BJP spoke about “sending back” undocumented citizens to Bangladesh. In recent years, Dhaka has also been vocal about increased number of casualties along the India-Bangladesh border because of reported firings by the Border Security Force (BSF).

Pakistan and Bangladesh are going to revive their bilateral relations to take their ties forward. Both the countries agreed to further strengthen the existing fraternal relations. Prime Minister Imran Khan had in July spoken to his Bangladesh counterpart over the phone and expressed his government’s desire to “deepen fraternal relations on the basis of mutual trust, mutual respect and sovereign equality”.

The developments in Pak-Bangladesh ties come in the backdrop of Delhi-Dhaka relations. Bangladesh growing economy becomes the largest trading partner of China, with annual bilateral trade valued at approximately $15 billion. Trade with India is only slightly more than a third of that amount. In terms of per capita GDP, Bangladesh has grown at a compound annual growth rate of 9.1% since 2015, against 3.2% growth reported by India during the period (before COVID). This has allowed Bangladesh to close the economy gap with its giant neighbor. Indian concerns about growing Bangladesh economy provoke Indian government to create hurdles for Bangladesh to nullify the agreements with Pakistan and China. As UNO charter gave right to every state of the world have right of making new ties and relations with foreign countries. Then why India is bashing Hasina wazed after the shift of ties with Pakistan and China?

There are ample amount of list of disputes between India and Bangladesh. In recent developments a diplomatic source from the Bangladesh High Commission here has confirmed that the Indian envoy had sought an appointment with Ms Hasina but it did not materialize. After the great victory of Sheikh Hasina Wazed in the 2019 elections, Delhi is vigorously propagating against the Hasina Wazed and spreading controversies about the elections.

The natural land contours do not bend to the will of force full constructed borders by India. Hence, the enclaves Bangladesh in the Indian territories provided a hotbed for migration. This issue further propagated negative consequences, such as drastic changes in demographics of the bordering Indian states of West Bengal and Assam, as well as sparking a discourse on citizenship which has now become the pulpit of the Indian political propaganda.

The dispute is further exacerbated between both the countries on the water issue. India and Bangladesh share 54 rivers, many of which originate in the former and flow into the latter. Needless to say, water is the most fundamental resource for all forms of life, and hence its equitable and effective management should be the norm. The Ganga is a major river system, whose tributaries and drainage area spans over 420,000 sq mi, flowing through the states of India and Bangladesh. This lifeline of the Indian subcontinent sustains life for over 4 hundred million people, across Northern India, Bangladesh and Nepal. There is a hegemonic attitude of the India characterizes Indo-Bangladeshi negotiations over this issue, with Bangladesh viewing India as a hegemonic, only interested in securing self-interest, often at the cost of the other.

Over 90% of flow occurs in rainy season from June to September while the rest 10% occurs in the remaining eight months. As a lower riparian, Bangladesh is completely dependent on India, the upper riparian, for keeping minimum flows in the Teesta River. India has been unilaterally and illegitimate constructing a series of dams up north which have reduced the river’s flows to as little as 14 m3/s during times of drought, greatly hurting the livelihoods of thousands of farmers, fishermen and boatmen in Bangladesh. Conversely, during monsoon season, Indian dams on the Teesta release excess water, causing heavy floods and again disrupting thousands of livelihoods in Bangladesh. The intensity of damage is particularly more acute in Bangladesh as the size of population and economy dependent on Teesta in Bangladesh outstrips its counterpart upstream in India. Bangladesh demands a fair share of the Teesta waters in lean season and guaranteed minimum flows throughout the year formalized in a treaty signed and ratified by governments of both countries. India is using water as a tool to disrupt the economy and the relations of Pakistan and China.

However Ms. Hasina received a phone call from Prime Minister Imran Khan of Pakistan. Mr. Khan informed Ms Hasina about the situation in Kashmir and sought “resolution” of the dispute. India, in response snubbed Ms Hasina Wazed on the tilt of stronger ties between Pakistan and Bangladesh. India wants to create hindrances between the brotherly relations between both the countries, in response to pressurize Bangladesh, India blaming Dhaka over directly supporting various insurgent groups in the North-East, by providing those military training and a safe haven on Bangladeshi soil. Although the historical fact is that ethnic linkages and favorable terrain makes for easy passage for the militants, thereby destabilizing the area.

In the conclusion, Ms Hasina’s increasing diplomatic interactions with Pakistan, China is also being viewed as a move to bargain with India on issues of Dhaka’s special interest, especially the CAA, which remains a sticking issue for Bangladesh as it is weary of hosting more refugees in addition to the 1.2 million Rohingya from Myanmar currently residing in Chittagong’s Kutupalong. Pakistan support Bangladesh heartedly and welcome Prime minister Sheikh Hasena Wajed for her new glorious journey.