Is Biden administration to re-escalate war in Afghanistan 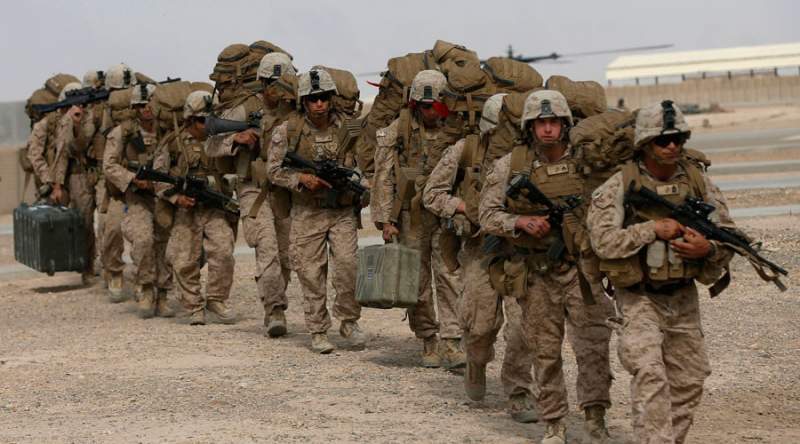 International relations, world politics and world security has gone through fundamental changes after the disastrous event of 9/11. In wake of 9/11 attacks new coalitions were created which triggered paradigm shift and expanded beyond geopolitics. Certainly, 9/11 attacks shocked the world but it also engulfed Afghanistan peace and the first step was taken towards war on terror by destabilizing the nation. On September 11, 2001, four commercial airlines were hijacked and crashed into World trade center in New York and the Pentagon in Washington, DC. These attacks killed thousands of people in America. Although, none of the hijacker was from Afghanistan but U.S. declared that these attacks were by al-Qaeda. Soon after that President George W. Bush vowed to start a war against al-Qaeda and Osama bin Laden in Afghanistan. Eventually, this step led to topple the Taliban government in Afghanistan for providing refuge to al-Qaeda and Osama Bin Laden but they didn’t disappeared and grew with stronger influence.

The Taliban controlled over more than 90 percent of country and ruled Afghanistan from 1996 until the US invasion in 2001. President George W. Bush signed a joint resolution into law for permitting use of force against those responsible for the 9/11 attacks. Soon after 9/11, US launched air strikes in Afghanistan. The US-Taliban war continued for more than eighteen years. Many countries joined the war with the Taliban and launched attacks in Afghanistan. US backed government took over in 2004, since then US and its allies begin their bombing campaign against the Taliban. However, since the US invasion begins, violence in Afghanistan has increased with every passing day which gave rise to question of US policy from last 19 years.

In February, 2020, the US signed a peace deal in the final year of Donald Trump's presidency with the Taliban and also signed a declaration with Afghanistan government to start an intra-afghan peace talks. The entirety of this agreement is the complete settlement of conflict among those parties who signed it. This agreement paved the way for complete withdraw of the US and NATO troops from Afghanistan in 14 months after almost two decades of military engagement in the country, the Taliban on the other hand assured that they will not provide safe heaven to terrorists. The agreement also affirmed the commitment of signatories to promote enduring peace and stability in Afghanistan. This agreement by former President Donald Trump was extremely criticized by many. However, his policy of not to prolong war has been greatly appreciated in Afghanistan and region because it was a war without victory and at the cost of blood.

The US represented the largest force in Afghanistan and it only earned heaviest losses along with a large number of Afghan civilian causalities. Roughly around 10,000 U.S. troops, and more than twice as many U.S. contractors, remained deployed in the war-torn country after the US invasion. As the conflict escalated, and the causalities increased, the war lost popularity in the West increased which created a pressure to keep troops out of harm.

war in Afghanistan. However, Biden’s choice of its future involvement in Afghanistan and reviewing the pact remains the crucial factor in successful Afghan peace talks. With the new Biden administration, answer to the question of whether the US will bring the end to war in Afghanistan or not remains uncertain but Biden has the choice of leaving or staying for long time. Albeit, slow progress in peace talks depict less interest of new Biden administration in continuing peace talks with the Taliban that could create significant barriers in long term stability of the country. There is no easy solution to Afghan war however; any alteration on war front area will complicate the peace talks. If the US and NATO kept their troops in Afghanistan beyond the deadline, it could abandon the peace agreement and will renew conflict with the Taliban but there is also a clear opportunity for Biden, sticking to agreement and a patient approach can give up good outcomes for the US, the Taliban as well as Afghan government. If the US and NATO wants to postpone full withdrawal of troops, they need to accelerate talks with the Taliban.

The US started withdrawing troops from Afghanistan as part of the agreement signed between both but recently violence in the country has increased. Afghan Neighboring country Pakistan played a key role in Afghan peace negotiations whereas India on the other hand did not backed US efforts to reach peace agreement with the Taliban and disagreed with accepting the Taliban as a political actor. India does not want to see a stable Afghanistan because its main goal is to minimize Pakistan’s influence in region and to undermine it. Therefore, Pakistan naturally desires for peace and stability in Afghanistan. Pakistan’s constructive role in peace talks and successful troop’s withdrawal from Afghanistan gives Pakistan edge and opportunity to shift the regional balance from India to Pakistan, where China is also backing Pakistan.

However, the US strategy of defeating the Taliban with use of force and rebuilding core institutions of the state is merely a war without victory of any party. The US needs to develop a strategy that aims to protect the gains in Afghanistan by peaceful means and by completely ending the conflict. Diplomacy seems to be more useful to resolve Afghan conflict. All the players involved in the conflict need to persuade Afghan government to begin a national serious dialogue on Political settlements in the country and to engage in direct talks with the Taliban. However, negotiations and political settlement is the only limited approach towards creating a neutral Afghanistan with complete peace in the war-torn country.