India, a dangerous place for Muslims and forceful conversion of Dalits 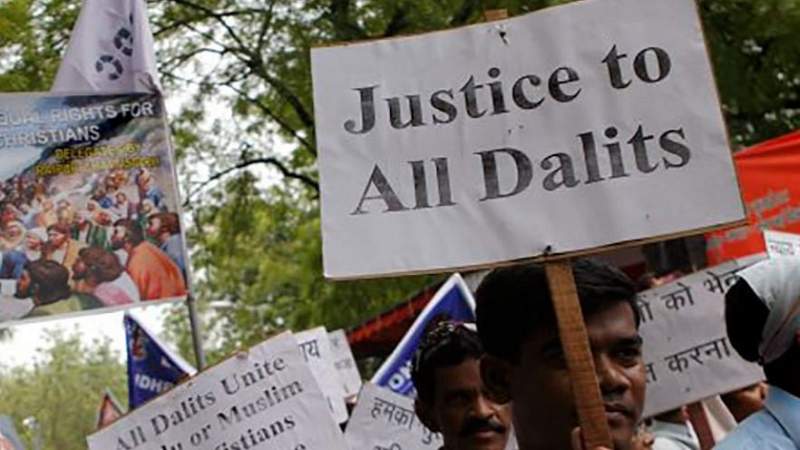 In recent decades, the violation of minorities’ rights has been increased in the boundary of Democratic India. Violations of freedom of religious belief lead to domestic conflict, which is neither good for India’s economic prosperity nor for regional stability. The international forums surveys and reports urge for the rule of law and human rights.

Between 1967 and 2020, a number of people forcefully convert to Christianity, and others are Dalits who converted to Christianity and other religions. Demography is continuously changing and violations against minorities have been increasing. In 2015, Rajnath Singh, India’s then Minister of Home Affairs, called for a national debate on anti-conversion laws and said that one was needed at the national level. Although democracy promulgates freedom, forceful conversion and conversion through money is a crime against the sentiments of minorities.

India is the world’s largest functioning democracy, and the prevailing fears in the minority are quite alarming. However, many Indians feel that the overwhelming mandate won by Modi's nationalist Bharatiya Janata Party (BJP) in last month's general elections has damaged the state of Indian secularism and emboldened those carrying out hate crimes against minority religions. However, the government has failed to protect the rights of the minority, and the Indian army and agencies are more responsible for the violation of minorities.

In India, Muslims and Dalits, in particular are often the target of religious animosity. Muslims make up nearly 14% of India's 1.3 billion people. Extreme Hindu groups have also targeted Dalits, the "untouchables" in the caste system.

In the recent year more than 100 people were killed and a number of people forcefully converted to Christianity. Many of the attacks have been led by so-called cow protection groups, many claiming to be affiliated to the militant upper class of Hindu groups that often have ties to the government and agencies. The Modi condemned the vigilante attacks and has called on the states to prevent mob violence. "I want to make it clear that mob lynching is a crime, no matter the motive," Modi said, no person can, under any circumstances, take the law into his or her own hand and commit violence."

If the Modi government condemns the violence, then who is responsible?

The Indian army wants to destabilize the country and the government of Modi, so they can topple the government of India. However, India engages in the killings of Muslims and dalits in the region and on the borders area, especially across Bangladesh and Myanmar. Now days in India, many Sikhs farmers are unable to make ends meet working their land. The only alternative is dairy farming—an occupation that has become increasingly lethal in the last five years.

Several riots conducted by the minorities against the violations. Dalits took the streets with the name of "Bharat Bandh," or "India shutdown," which took place in multiple states in India. Protesters let by Dalits set police posts on fire, blocked rail tracks and major roads, and attacked buses and government buildings. Live fire was also exchanged in some places. Police and Dalits-led protesters clashed in various states in India. According to the reports 80 protests were held against minority rights. During the riots, four people were killed in the central state of Madhya Pradesh, where police also imposed a curfew, while one person was killed in Uttar Pradesh in the northeast and another in Rajasthan in the northwest.

The protests had been called for by Dalit organizations after India's Supreme Court ruled last month that prior approval was needed from officials before action could be taken on complaints of violence against Dalits, who are at the bottom of India's caste system and face discrimination,

segregation, and violence. The court decision also stopped the immediate arrest of people accused of violence against Dalits.

Here I conclude my words, it is found that India’s civil society actors, which include human rights lawyers, activists, protesters, academics, journalists, liberal intelligentsia, have been continuously under threats. The bounding of the society is undermined and millions of minorities are afraid of their lives. As we witnessed in Gujarat and Jammu Kashmir, these became the centers of violations against minorities. The international Community remained silent on the critical issue and emerging conflict in India, which has potential to lead towards civil war and the Army will take over the government.