EU and U.S. agreed to cooperate on trade, investment and global health challenges 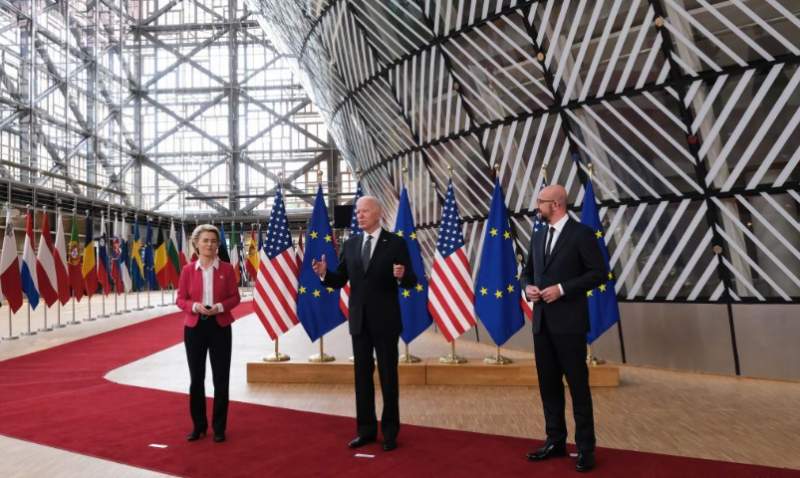 According to the media, Biden met the European Council President Charles Michel and European Commission President Ursula von der Leyen, and together they agreed to cooperate more on trade, investment and preparation for future global health challenges.

Bilateral trade and investment between the two sides were "unrivaled," and the trade was worth almost one trillion euros in 2020 despite the Covid-19 pandemic, told Von der Leyen.

During the summit, both sides agreed to remove the tariffs for five years until they continue discussions on an overarching deal on the subsidies.

The EU and the U.S. agreed on a truce in their long-standing conflict over aircraft subsidies.

The dispute over subsidies for US plane maker Boeing and its European rival Airbus has resulted in parallel cases filed at the World Trade Organization (WTO) since 2004.

Both sides had agreed in March to a four-month suspension of tariffs on $11.5 billion of goods from EU wine to US tobacco and spirits, which they had imposed during the dispute.

However, they also agreed to establish an EU-US Trade and Technology Council with a view to expand bilateral trade and investments and discuss how to avoid new unjustified technical barriers.