No resolution on S-400 dispute during Biden-Erdoğan meeting 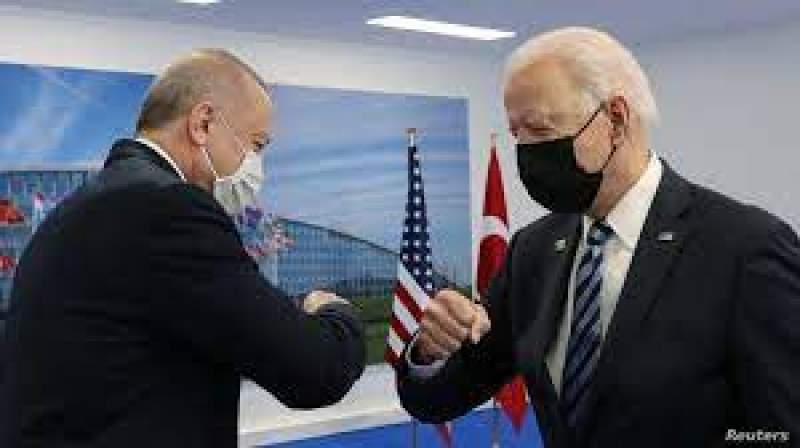 BRUSSELS, 18 June 2021, (TON): A US official said that US President Joe Biden and Turkish President Recep Tayyip Erdoğan agreed when they met in Brussels this week that Turkey would take a lead role in securing the Kabul airport as the United States withdraws troops from Afghanistan.

Official said “but the two leaders were not able to resolve a longstanding dispute that has strained ties between Washington and Ankara about Turkey’s purchase of the Russian-made S-400 surface-to-air missile system.”

US National Security Adviser Jake Sullivan told reporters that Biden and Erdoğan, in their meeting on June 14 at the NATO summit had discussed the Afghanistan airport security issue.

Sullivan said that Erdoğan had asked for US support to help secure the airport and Biden committed to providing that support.

He further said that the clear commitment from the leaders was established that Turkey would play a lead role in securing Hamid Karzai International Airport and we are now working through how to execute to get to that.

Sullivan’s remarks offer the first details from the US side of the meeting between Biden and Erdoğan who told the US president Ankara will not change its stance on the Russian S-400 missile system.