Afghanistan must stop making Pakistan a scapegoat for its own failures: FM Qureshi 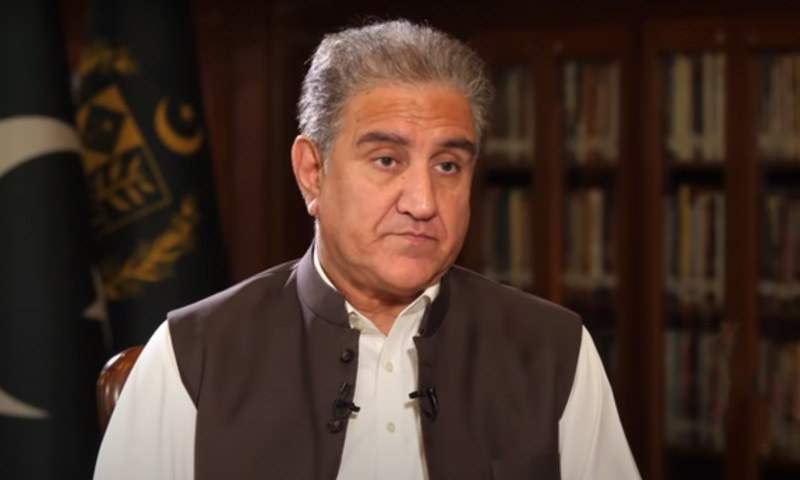 ISLAMABAD, 21 June 2021, (TON): Foreign Minister Shah Mahmood Qureshi said that Pakistan was not responsible for Afghanistan's internal problems and was blamed and made out to be a scapegoat by Afghanistan whenever its affairs didn't appear to be moving in the right direction.

Unfortunately when things aren't moving in the right direction, you're (Afghanistan) looking for scapegoats and the favourite scapegoat you have is Pakistan. When there's failure within (Afghanistan) you blame Pakistan for that.

FM Qureshi said "Pakistan is not responsible for the failure within, for the squabbling going on in Afghanistan, if the Afghan leadership can't sit and work out a peace deal.”

The foreign minister said that the bulk of the Taliban leadership was not in Pakistan but Afghanistan and the former was only engaging with them to facilitate the peace process and try to be helpful and constructive.

Many have started recognising that internationally but some in Afghanistan still have that mental blockade of accepting the fact that Pakistan is being genuine, constructive and sincere because Pakistan feels it is in our enlightened interest that there is peace and stability in Afghanistan.

Pressed again on whether the Taliban were funded in Pakistan, the foreign minister responded: "You're stuck in the old groove. Please get out of that groove. If you remain stuck in this then believe me you will not be able to travel far and we want you to travel far."

Qureshi stressed that Pakistan wanted Afghanistan to be peaceful and stable because that would yield mutual dividends and benefits such as regional connectivity, adding that economic security and promotion of regional bilateral trade could only be achieved through peace.