The conflicting and Controversial Role of India in South Asia 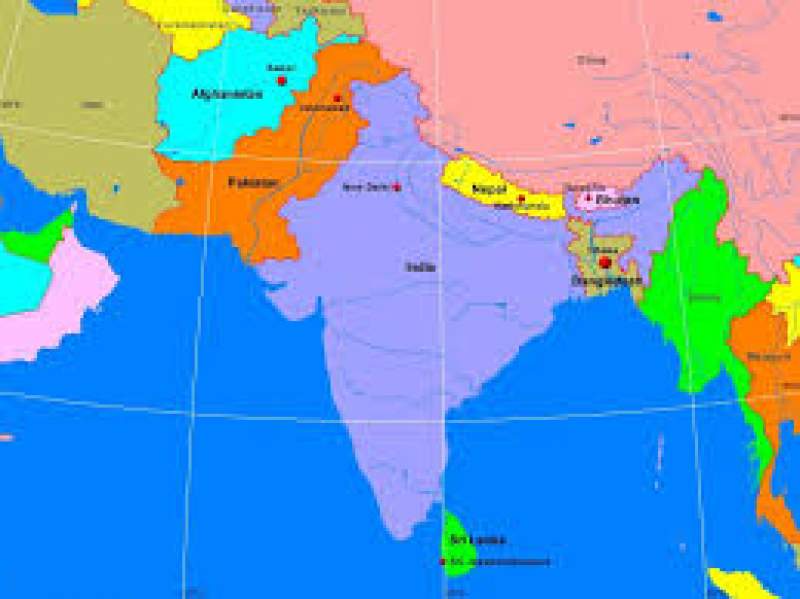 The rise of regional influence in the post unipolar world has changed the orientation of world politics at all. India’s regional ambitions are derived from its historical perspective. India’s economic growth is surely a criterion to consider it a rising role in the world, however there are some other essential limits to judge any country’s share in the system in context of influencing the world. Peace and prosperity at home and the neighborhood are the major factors contributing in securing a place among the regional and global decision makers. Any country with disturbed neighborhood would not be able to achieve the dream of stable growth. It involves socio-political contact with the neighboring countries. India has always been preoccupied with a strong desire to establish its predominance in South Asia and since its independence from British in 1947, the main objective of Indian foreign policy is to act upon the goal of becoming a regional power whose legitimacy should be accepted by other states in the region.

The South region's geography and demography, most inter-state disputes reflect series of bilateral disagreements with India. India intimidated all its neighbors by one or other way regarding its controversial territorial issues since independence. Over the years, it has boundary issues with Bangladesh and The un-demarcated boundaries with Myanmar, the dispute between the land in Kabaw Valley near Hollenphai village, Moreh of Manipur state, the Namphalong village, Tamu of Sagaing Region and border issue with Bhutan and lately with China, Aksai Chin area in the northwestern part of the Tibetan Plateau, it is approximately 35,241 sq. km in size, administered by China and part of the Xinjiang Autonomous Region. India considers it a part of its union territory of Ladakh. Nepal has often flared up into tensions with India; kalapani is an area under territorial dispute in Darchula District of Sudurpashchim Pradesh, Nepal and Pithoragarh District of Uttarakhand, an area of 400 square km. The ethnic divide in Sri Lanka has long had an Indian dimension and its maritime boundary dispute with Sri Lanka on Katchatheevu an uninhabited island of 235 acres. The tale of the 1987 Indo-Sri Lankan agreement, leading to a rather unsuccessful campaign by Indian Peace Keeping Force (IPKF) for suppressing the Tamil Tigers in Sri Lanka, is well known. Indeed it is a complex ongoing story, the issue is nevertheless explosive, both in its domestic and international dimensions, in both countries. The leading events in Tamil Nadu, became the reason of Rajiv Gandhi assassination and which changed in the electoral fortunes of several Tamil Nadu parties among them, illustrate the strained relations of both countries.

The phenomenon of internal polarizations into international disputes is also stretches to Pakistan and India . Bangladesh has also internal issues likely to figure on the bilateral agenda with India, except the hardy perennial of the Hindu—Muslim divide, common to all states in the Indo-Gangetic—Brahmputra valleys and more recently the influx of Chakma refugees to India. There are territorial disputes between Bangladesh and India, the disputes center on of territory in the Berubari Union, a tiny new island thrown up by physical changes and the delimitation of economic zones in the Bay of Bengal. The dividing waters of the River Ganges between India and Bangladesh after the completion of Farrakha barrage, is one of the main dispute among both the countries.

The common benefit of the peoples of the entire valleys in India, Nepal, Bangladesh and Bhutan has been affected by Indian controversial role. The most peripheral areas of historical India worked loose from the center. Inheritors of the center are wary of those who broke away and fear their ganging up against themselves—an unhappy possibility implied in a regional approach. Hence India's preferred bilateral methodology seems to emphasize divisions rather than unities. For the rest, old India's frontiers have moved in all directions. What is directly related is the interaction of two forces a series of felt internal disunities among ethnic identities in each successor state of the British Indian Empire are getting mixed up in intra-regional disputes. This threatens both inherited modern state structures as well as regional harmony in south Asia. Ensuring stable regional peace requires much hard work to resolve these polarities. The other element is the intellectual appreciation of the benefits of the regional amity and cooperation. The example of the EC has inspired so many regional cooperation experiments but SAARC in South Asia remains a stunted growth, inhibited by internal sentiments.

India’s desire to control the South Asian region and uphold its preeminence is not possible in many ways. That’s why the Indian economic and military force is not acceptable as regional and global power, mainly in a condition where neighboring countries are not ready to accept its influence unless and until it resolves all the conflicting and disputing issues in accordance and aspirations of its neighboring states. Despite India’s economic growth and military development, China’s rise and growing hold on South Asia is providing much required balance of power in the region. Therefore, Seeking mutually acceptable Solutions to all with all its neighboring countries and maintaining good relationships with its neighbors should be the top most priority of Indian government for durable peace of south Asia if, it really want it.