FATF and Pakistan, sacrificing everything against terrorism 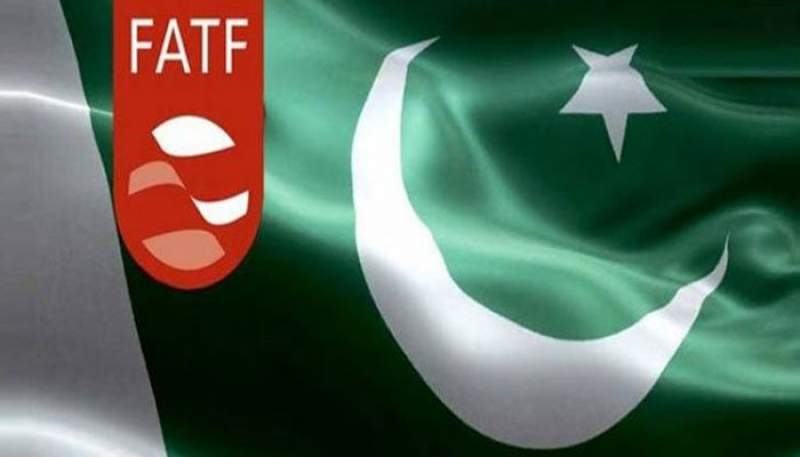 By Zia ur Rehman Zia

In 2018, Pakistan was put on the gray list of the Financial Action Task Force (FATF) at the behest of some enemies of the beloved homeland. A 27 points plan was also given, these all points were very difficult, this was the time when the government was changing in Pakistan and the political situation was very tense. When the PTI came to power a few weeks later, the responsibility of implementing the 27 most difficult points to get out of the FATF's gray list also fell on their shoulders as a challenge.  Pakistan was given the time till June 2020 to implement these 27 points. Obviously, it was not possible for a new government to solve all the remaining problems and implement these points so quickly. However, the government did its best and implemented 14 points within the stipulated time.

In February 2021, a report was issued on the implementation of 24 points as well as substantial implementation of the remaining points. At that time, Pakistan was given another four months. At a recent meeting, FATF President Marcus Pleyer acknowledged that Pakistan had implemented 26 of the 27 points, but that it still needed further legal action against the terrorists.

Pakistan has implemented 26 points, while much progress has been made on the 27th. Despite this, Pakistan was not removed from the gray list and then it was further persecuted that the FATF gave Pakistan another seven point action plan. These points are given a year to implement. According to a Pakistan’s Federal Minister, the new action plan is related to money laundering and being on the gray list will not impose any further sanctions on Pakistan.

Reacting on the latest move, Foreign Minister said that there was no justification for placing Pakistan on the gray list after implementation of 26 points. He lamented the unjust action of the FATF and said that it had to be decided whether the FATF was a technical forum or a political one. It is also important to see that is this forum not being used for political purposes? He added that some forces want the sword to hang over Pakistan.

The FATF takes action against countries where individuals or groups are involved in money laundering and terrorist financing. Pakistan has been placed on the gray list for not taking action against terrorist facilitators. Money laundering continued in Pakistan and Pakistan remained a target of terrorists. Pakistan has taken many steps against terrorists. Pakistan sacrificed a lot to eradicate the stronghold of terrorists, although this terrorism was a special gift from the United States to Pakistan, because of the support of the United States, Pakistan faced terrorism. The damage Pakistan has suffered in the so called war on terror cannot be compensated for centuries. Pakistan destroyed its country in the so-called American war on terror. Losing their most precious soldiers, thousands of innocent civilians became victim to this war. In the war on terror 75,000 Pakistanis sacrificed their lives; moreover, the Pakistani economy lost more than 123 billion, while the United States provided only 20 billion in aid, which is like salt in flour. No other country has made so many sacrifices against terrorism in the interests of the world powers.

Pakistan also carried out a number of operations against terrorists and their facilitators at the behest of the FATF and in these operations some innocent people were also punished just to please the FATF, because in our view there is a difference in Mujahid and terrorists, but non-Muslims look at everyone with the same eyes, so we also have to take equal action against everyone for their consent.

Despite all this, the world forgot all the sacrifices of Pakistan and accused Pakistan of not taking action against the supporters of terrorists. The government even persecuted the people enough to please the FATF. Even after doing all this, this institution is not happy with Pakistan and new conditions are imposed in every meeting. Despite the implementation of 26 points in the recent meeting, Pakistan was not removed from the gray list and a plan of seven more points was given.

If the FATF had functioned free from political pressure, it would certainly have been a profitable body as it cracks down on money laundering and terrorist financing. Both these crimes prove to be detrimental to any state. Pakistan has also been plagued by these two problems. If Pakistan gets rid of these two crimes due to the pressure of FATF, then it will prove to be better for Pakistan. But the problem is that this organization, like all other world organizations including the United Nations, has become a political weapon in the hands of world powers and the influential forces are using it for their advantage which raises questions about the functioning of this body. Pakistan has been playing a leading role against terrorism on the dictates and input provided by interest groups. Irony is that despite so many sacrifices Pakistan could not get out of FATF’s gray list.