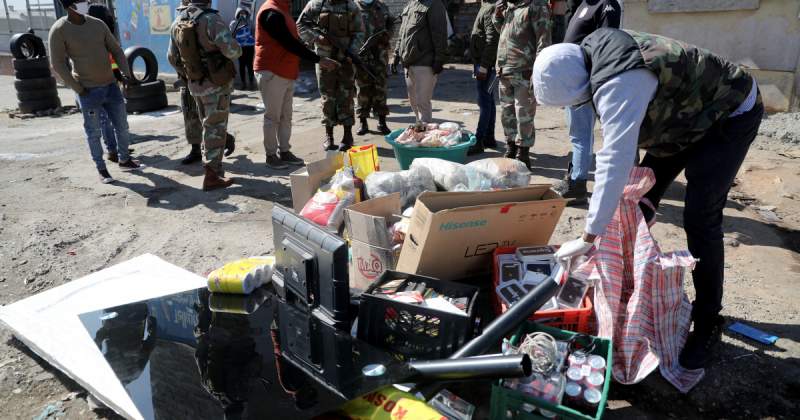 In one of the largest deployments of soldiers since the end of white minority rule in 1994, the government said 10,000 soldiers were on the streets by Thursday morning and the South African National Defence Force has also called up all of its reserve force of 12,000 troops.

In a show of force, a convoy of more than a dozen armoured personnel carriers brought soldiers into Gauteng province, South Africa’s most populous, which includes the largest city, Johannesburg, and the executive capital, Pretoria.

Buses, trucks, aeroplanes and helicopters were also being used to move the large deployment of troops to trouble spots in Gauteng and KwaZulu-Natal province that have seen a week of violence in mainly poor areas.

The unrest, which began last Friday, was triggered by the jailing of former President Zuma but widened into grievances over inequality and poverty.

More than 2,200 people have been arrested, the acting minister in the presidency, Khumbudzo Ntshavheni, told a news conference, adding that Johannesburg was now relatively calm.