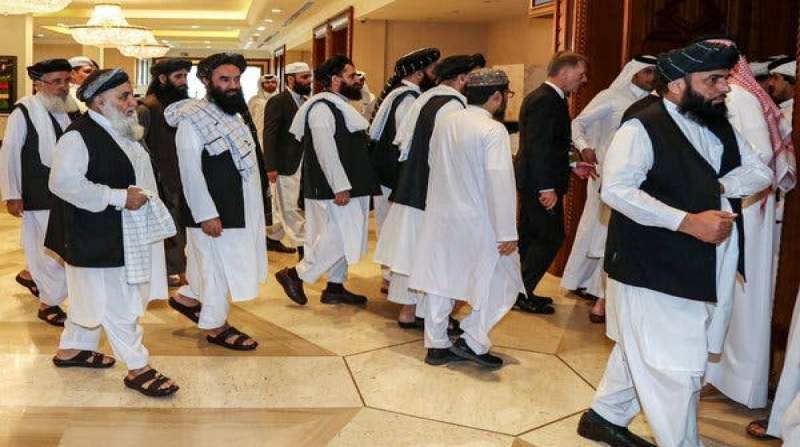 KABUL, 19 July 2021, (TON): The Taliban’s supreme leader Haibatullah Akhunzada has said he “strenuously favours” a political settlement to the conflict in Afghanistan even as the group launched a sweeping offensive across the nation.

The announcement comes as representatives of the Afghan government and Taliban armed fighters sat down for a new round of talks in Doha over the weekend, stirring hopes that the long-stalled peace talks were being resuscitated.

“In spite of the military gains and advances, the Islamic Emirate [of Afghanistan] strenuously favours a political settlement in the country” Akhunzada said in a message released ahead of next week’s Muslim holiday of Eid al-Adha.

He added that every opportunity for the establishment of an Islamic system, peace and security that presents itself will be made use of by the Islamic Emirate.

For months, the two sides have been meeting on and off in the Qatari capital but have achieved little, if any, notable success, with the discussions appearing to have lost momentum as the Taliban group made significant gains on the battlefield, especially with foreign forces finalising their withdrawal from Afghanistan.