Deuba wins vote of confidence in the reinstated House 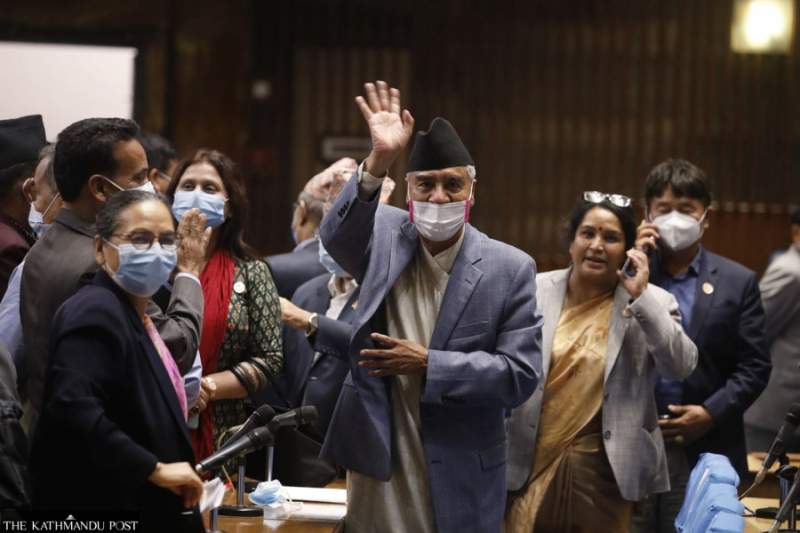 Only 249 lawmakers, however, were present during Sunday’s House.

As many as 83 lawmakers voted against and one remained neutral.

Speaker Agni Sapkota said “I hereby declare that the motion of the vote of confidence tabled by Prime Minister Sher Bahadur Deuba has been endorsed with a majority.”

The proposal for the vote of trust was registered in the Parliament Secretariat, the very first day of the session of the House after it was reinstated by the Supreme Court on July 12.

With Deuba winning the vote of confidence, he is set to remain prime minister for a year and a half, until periodic elections are held.

The Nepali Congress president was appointed prime minister on July 13 as per the Supreme Court order a day before to that effect to the Office of the President.

The Supreme Court on July 12 overturned then prime minister KP Sharma Oli’s May 21 House dissolution and ordered Deuba’s appointment as prime minister under Article 76 (5) of the Constitution of Nepal.