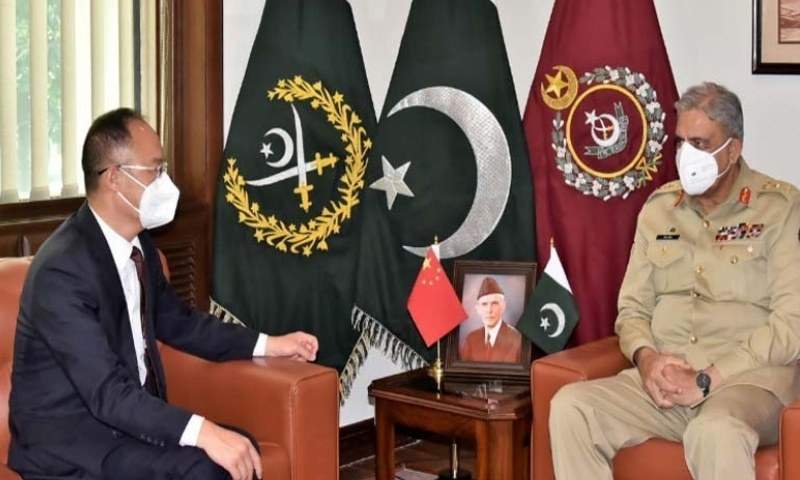 The meeting was held in the backdrop of the July 14 incident in which at least nine Chinese nationals and four locals were killed and 28 others sustained injuries when a coach carrying them to an under-construction tunnel site of the 4,300-megawatt Dasu hydropower project fell into a ravine in the Upper Kohistan area after an explosion.

Discussing the matter in the meeting, the Chinese ambassador and Gen Bajwa stressed the need to thwart designs of all inimical forces challenging the resolve of Pakistan and China, particularly strategic cooperation between the two sides.

The army chief extended heartfelt sympathies and deepest condolences to the government of China and its people on the incident, underlining that Pakistan Army greatly values its brotherly relations with its time-tested friend.

The ISPR said “both the sides agreed on the need for continuous engagement and coordination for peace and stability in the region.”