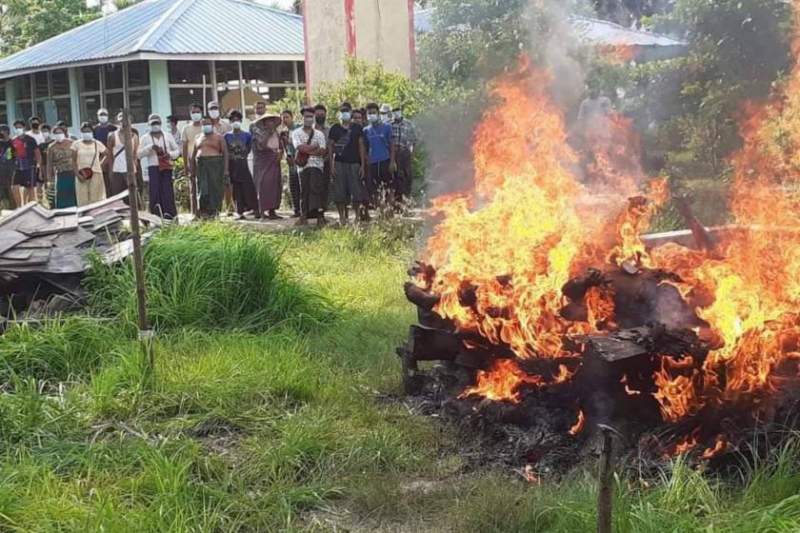 Residents told media that villagers in Seikkhun heard soldiers fire about 30 rounds late in the evening, then more gunfire early on Sunday morning at around 6am.

The resident said “because it was already dark, no one dared to go outside and look.” The next morning the villagers saw the bodies of Thet Soe, Htay Hlaing Win, Aung Paing Htwe and Aung Hein Kyaw near the local police station.

A resident said that they didn’t let anyone near the bodies. They took the bodies to Shwebo and then sent them back on a social services vehicle, with all the bullets from their faces removed. We had to cremate them right away.

A second villager told media that soldiers were patrolling Seikkhun. There were also unconfirmed reports that the military had detained people.

After the killings in Seikkhun, soldiers travelled to the nearby village of Tettu, where they were met with residents who fended them off using hunting rifles at around 9am.

The soldiers then continued to the village of Palaing a few miles away, where they once again met with armed resistance from locals.