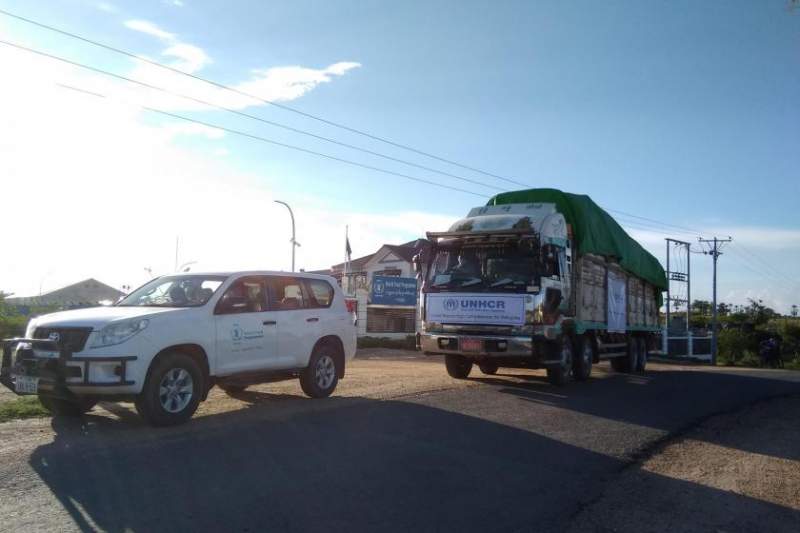 NAYPYITAW, 21 July 2021, (TON): According to sources in the area “international aid that arrived in the Chin State town of Mindat did not reach many in need due to restrictions imposed by the military.”

Local sources told media that the aid, which was provided by the United Nations refugee agency UNHCR, was only distributed in camps under the control of the military.

A member of a local team involved in negotiations with the military “the distribution started today. A colonel gave instructions that only families staying at camps should receive aid, so we could only distribute to them.”

A ceasefire has been in place in Mindat since June 23, when the military and the People’s Defence Force (PDF) operating in the area agreed to stop fighting so that some 20,000 civilians displaced by months of fighting could return to the town.

Allowing international aid into the area, which was one of the earliest battle zones in the conflict between the military and anti-coup resistance fighters, was also part of the agreement.