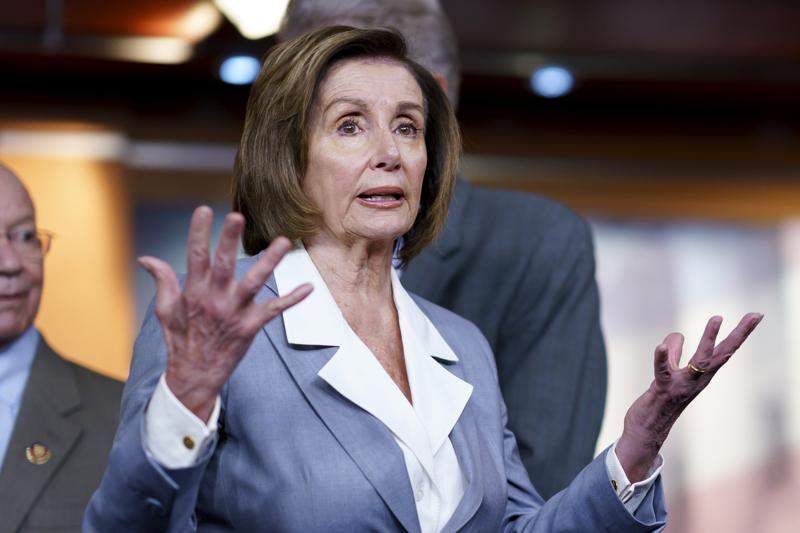 McCarthy said “the GOP won’t participate in the investigation if Democrats won’t accept the members he appointed.”

Pelosi cited the “integrity” of the probe in refusing to accept the appointments of Indiana Rep. Jim Banks, picked by McCarthy to be the top Republican on the panel, or Ohio Rep. Jim Jordan. The two men are outspoken allies of former President Donald Trump, whose supporters laid siege to the Capitol that day and interrupted the certification of President Joe Biden’s win. Both of them voted to overturn the election results in the hours after the siege.

Democrats have said the investigation will go on whether the Republicans participate or not, as Pelosi has already appointed eight of the 13 members — including Republican Rep. Liz Cheney of Wyoming, a Trump critic — and that gives them a bipartisan quorum to proceed, according to committee rules.

Pelosi said “she had spoken with McCarthy and told him that she would reject the two names.”

Pelosi said in a statement “with respect for the integrity of the investigation, with an insistence on the truth and with concern about statements made and actions taken by these members, I must reject the recommendations of Representatives Banks and Jordan to the Select Committee.”