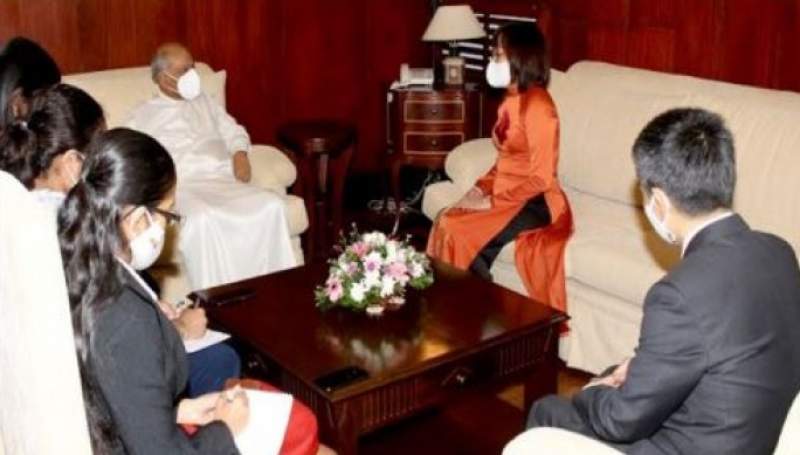 The Minister Gunawardena took note of projects that contribute to further strengthening of Sri Lanka – Viet Nam bilateral relations, in particular, areas of agriculture, fisheries and defence. Minister Gunawardena further said that both countries have much potential to enhance and promote collaboration, through the available mechanism, in the latter- mentioned areas, including politics, economy, investment, trade, science-technology, culture and education.

Foreign Minister Gunawardena emphasized the strong bonds of friendship that exist between the two countries.

Foreign Minister Gunawardena, making a special reference to the support that Sri Lanka has extended to Viet Nam in the post-independence era that based on the fundamentals of the non-aligned principals expressed that he hopes to build excellent cooperation between the two countries in potential areas.