At least one person killed in crackdown on Mandalay protest 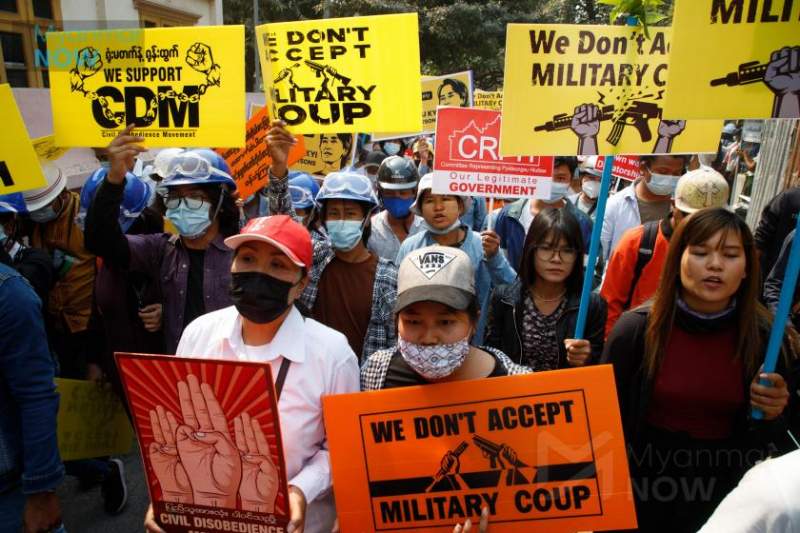 NAYPYITAW, 29 July 2021, (TON): According to protesters who managed to escape “regime forces shot three people, killing at least one, during a crackdown on an anti-coup demonstration in Mandalay.”

Around 20 people were taking part in a flash mob protest near the east gate of Mandalay’s famous Mahamuni pagoda when they suddenly came under attack at around noon, witnesses told media.

Without warning, junta forces in plain clothes opened fire with live ammunition, shooting two men and a woman as they attempted to flee.

A protester who later returned to the scene to speak to other witnesses said “the girl [Thu Thu Zin] fell down right before my eyes. I couldn’t save her, as I was running for my life, too.”

Thu Thu Zin, 25, was shot and killed while taking part in a protest in Mandalay on July 27.

According to some vendors in front of the pagoda who saw everything, it’s very likely that all three were fatally shot. They were dragged into the pagoda compound right after they fell,” the protester told Myanmar Now.

The protesters were members of the Mya Taung protest column, which continues to stage peaceful demonstrations against the regime despite its routine use of lethal force.

The group’s protests are regularly joined by a wide cross-section of local people, including student activists, monks, and ordinary citizens.

Members of the group condemned the junta’s brutal violence against unarmed protesters.