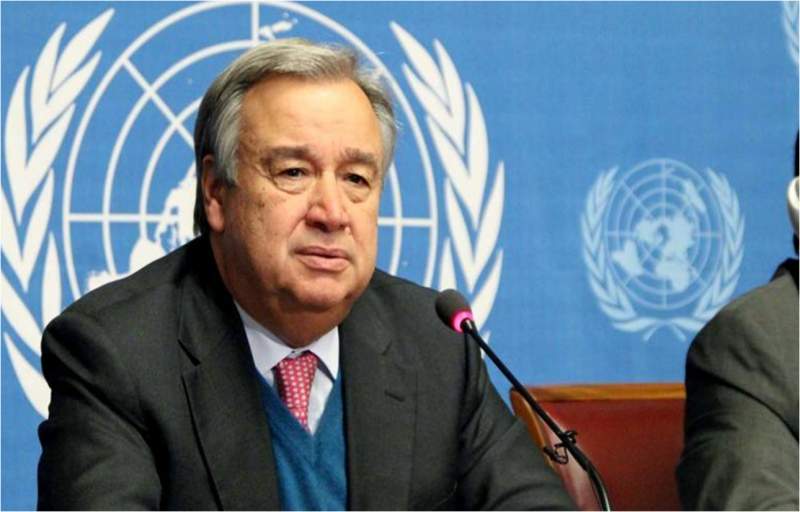 NEWYORK, 6 August, 2021, (TON): United Nations (UN) Secretary-General Antonio Guterres on 5th August Thursday called for progress toward a world free of nuclear weapons on the occasion of the 76th anniversary of the atomic bombing of the Japanese city of Hiroshima.

In a video message to the Hiroshima Peace Memorial in Japan, the UN Secretary General said: “The only guarantee against the use of nuclear weapons is their total elimination.”

Guterres said the UN shares the hibakusha’s vision of a world without nuclear weapons, which was the subject of the first-ever General Assembly resolution, passed just five months after the bombing, while the Treaty on the Prohibition of Nuclear Weapons entered into force this past January.

He expressed deep concern over the lack of progress towards achieving a nuclear-free world.

The Secretary-General called on countries that possess nuclear weapons to adopt risk reduction measures, both individually and jointly, saying “we can never take the norm against the use of nuclear weapons for granted.”

He also urged governments to use the Tenth Review Conference of the Nuclear Non-Proliferation Treaty to strengthen their commitment to a nuclear-weapon-free world.